President Donald Trump has played down the importance of his former campaign aide George Papadopoulos, who was indicted in the Russia inquiry.

However, Donald Trump once called George Papadopoulos an “excellent guy”.

George Papadopoulos, 30, this month pleaded guilty to lying to the FBI about his Russia-related contacts.

Two other ex-aides have been charged as part of the investigation into alleged Russian meddling in the US election.

In his October 31 tweets, President Trump attempted to deflect scrutiny on to the Democratic Party, or his tax reform proposals.

The president wrote on Twitter: “The Fake News is working overtime. As Paul Manaforts [sic] lawyer said, there was ‘no collusion’ and events mentioned took place long before he came to the campaign.”

However, the indictment alleges Paul Manafort and Rick Gates conspired financial crimes from 2006-17, which does include the period over the summer when Manafort served as manager for the Trump campaign.

The president’s tweets continue: “Few people knew the young, low level volunteer named George, who has already proven to be a liar. Check the DEMS!”

George Papadopoulos appears in a photo that Donald Trump tweeted of himself in March 2016 hosting a national security meeting with his foreign policy team. 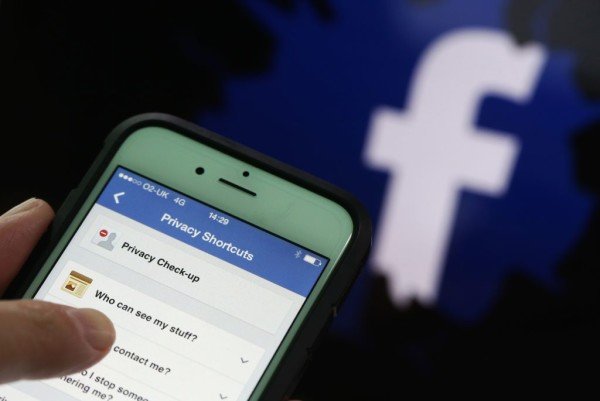 President Donald Trump went on a tweet storm about the “guilt” of Hillary Clinton and the Democratic Party.

His Twitter outburst on October 29 came amid reports that the first arrest in the Russian collusion inquiry would be made this week, possibly as early as October 30.

The president insisted allegations of collusion between his campaign and Russia were “phony” and a “witch hunt”.

He said Republicans were united behind him, before urging: “DO SOMETHING!”

According to media reports, the first charges have been filed in the investigation led by special counsel Robert Mueller into alleged Russian interference in the 2016 election to assist Donald Trump.

It is not clear what the charges are and whom they are targeting, CNN and Reuters report, quoting unnamed sources.

On October 29, the president issued four tweets on the subject.

The first tweet said: “Never seen such Republican ANGER & UNITY as I have concerning the lack of investigation on Clinton made Fake Dossier (now $12,000,000?),….”

Then he added: “…the Uranium to Russia deal, the 33,000 plus deleted Emails, the Comey fix and so much more. Instead they look at phony Trump/Russia,….”

Ending with: “…’collusion,’ which doesn’t exist. The Dems are using this terrible (and bad for our country) Witch Hunt for evil politics, but the R’s…”

“…are now fighting back like never before. There is so much GUILT by Democrats/Clinton, and now the facts are pouring out. DO SOMETHING!”

About an hour later President Trump  tweeted: “All of this ‘Russia’ talk right when the Republicans are making their big push for historic Tax Cuts & Reform. Is this coincidental? NOT!”

The president’s critics on Twitter were quick to accuse him of attempting to divert attention from the Russian investigation by complaining about the lack of focus on an opponent he defeated in the presidential election nearly a year ago.

US intelligence agencies have already concluded that the Russian government sought to help Donald Trump win the election.

Robert Mueller’s investigation is looking into any links between Russia and the Trump campaign. Both deny there was any collusion.

His team is known to have conducted extensive interviews with several current and former White House officials.

Former FBI director Robert Mueller was appointed by the department of justice as special counsel in May shortly after President Trump fired FBI director James Comey.

Mark Zuckerberg has rejected President Donald Trump’s comments that Facebook has always been against him.

He made the same claim against the New York Times and the Washington Post.

Facebook will shortly hand over 3,000 political adverts to congressional investigators probing alleged Russian meddling in the US election.

The social network believes the ads were probably purchased by Russian entities during and after the 2016 presidential contest.

Facebook, Twitter and Google have been asked to testify before the US Senate Intelligence Committee on November 1 about the allegations of Russian interference.

Google and Facebook have confirmed they have received invitations to attend the committee hearing, but none of the social media giants have yet said they will be present.

In a Facebook post responding to President Trump’s criticism, the social network’s founder Mark Zuckerberg said he was striving to make “a platform for all ideas”. He said that aside from “problematic ads”, Facebook’s impact ranged from “giving people a voice, to enabling candidates to communicate directly, to helping millions of people vote”.

Mark Zuckerberg noted that both ends of the political spectrum were upset about content they disliked, and that liberals in the US had accused him of enabling President Trump’s victory.

The 33-year-old said the candidates’ campaigns had “spent hundreds of millions advertising online,” which he called “1000x more than any problematic ads we’ve found”.

Mark Zuckerberg said he regretted saying on the day Donald Trump was elected that it was “crazy” to say that misinformation on Facebook changed the election’s outcome, because it sounded dismissive.

He promised Facebook would “continue to build a community for all people” – and to “defend against nation states attempting to spread misinformation and subvert elections”.

Russia has long denied any form of interference in the US election, and President Trump has railed against allegations that his staff had improper links to Russia.

However, US intelligence agencies have concluded Russia tried to sway the vote in favor of Donald Trump. Congressional committees and an FBI inquiry are currently probing the matter.