Home Science & Technology 4 Innovative Battery Trends for 2018 and Beyond

As smartphones become smarter, advanced wearables track our health better than ever and our computers morph from laptops to tablets and back, these innovative tech devices still share one thing in common: a reliance on often ho-hum power sources.

Fortunately, it appears that we are in the midst of a battery revolution that will allow our state-of-the-art tech devices to work better than ever, and for longer times. Here are four battery trends that may change the way we power up, both now and in the future.

Thanks to advances in mobile platforms, devices can now charge up faster than ever. For example, the Qualcomm Snapdragon mobile platforms feature some of the fastest processors to date that are designed to offer both fast charging and long battery life. In addition, the Snapdragon mobile platform offers high performance, while being gentle on power consumption. When the battery finally starts to run low, Qualcomm Quick Charge 4+ Technology will boost the device back to 50 percent power in as little as 15 minutes. 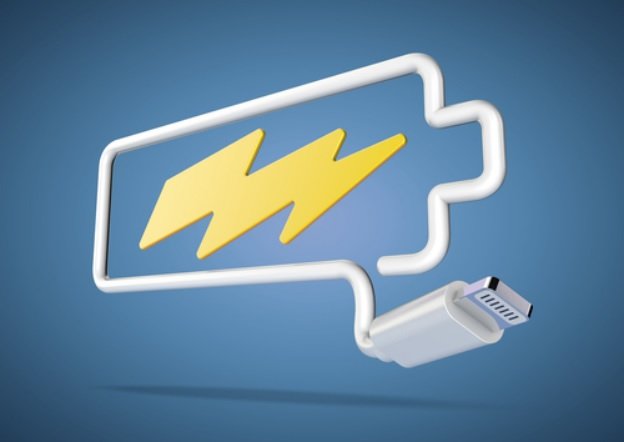 An exciting battery trend to keep an eye on are gold nanowire batteries that can withstand lots of charging. Nanowires, which are a thousand times thinner than a human hair, have typically broken down when being recharged. But thanks to a new discovery that uses gold nanowires in a gel electrolyte, this issue seems to be a thing of the past. Gold nanowire batteries were tested and recharged over 200,000 times in three months and showed zero signs of breaking down. Thanks to this emerging technology, we may someday soon have batteries that will charge an infinite number of times, preventing our need to eventually replace them.

Available now: using the power of the sun to power batteries

Solar energy gets a lot of attention for its ability to heat and cool buildings, but it can also be an effective way to power small devices in our homes, offices and retail locations. In a scientific nutshell, photons, which are the sub-atomic particles in light, are strong enough to push electrons from their orbits. As the electrons are displaced, they create a positive and a side to something called a photovoltaic cell, which creates electricity. Up until now, photovoltaic cells have been large and inefficient, but now they are smaller, lighter and much more efficient. As a result, we can now use solar power to use even weak sources of light to power a variety of products and devices. For example, Logitech has launched a line of solar-powered PC accessories, like a Wireless Solar Keyboard and Marathon Mouse combo for just over $100. The keyboard can run on regular lights found in most homes or offices, and the battery lasts for around three years.

Scientists from Toyota have tested a solid state battery that uses sulfide superionic conductors. What they discovered is a solid state battery that operates at “super capacitor levels” and will completely charge or discharge in seven minutes. In other words, this type of battery will be ideal for cars, and it will also be safer and more stable than current batteries.

It is good to know that as our reliance on different types of tech devices grows, researchers are hard at work discovering new types of batteries that will keep up with our power needs. From quick-charging mobile platforms and solar-powered batteries that are available now, to immortal batteries and safer and quick-charging batteries for vehicles that are on the horizon, the topic of battery trends is a fascinating one to watch.