His accusation appears in Michael Wolff’s new book Fire and Fury: Inside the Trump White House.

Donald Trump’s former chief strategist was referring to a meeting in June 2016 between Donald Trump Jr. and a group of Russians.

However, on January 7, Steve Bannon said the barb was directed at former aide Paul Manafort, who was also present.

The Senate, House of Representatives and a special counsel are all investigating alleged Russian interference in the presidential election, allegations denied by both Russia and President Trump.

In a statement first reported by news site Axios, Steve Bannon called Donald Jr. “both a patriot and a good man”.

“My comments were aimed at Paul Manafort, a seasoned campaign professional with experience and knowledge of how the Russians operate,” he said. “He should have known they are duplicitous, cunning and not our friends. To reiterate, those comments were not aimed at Don Jr.” 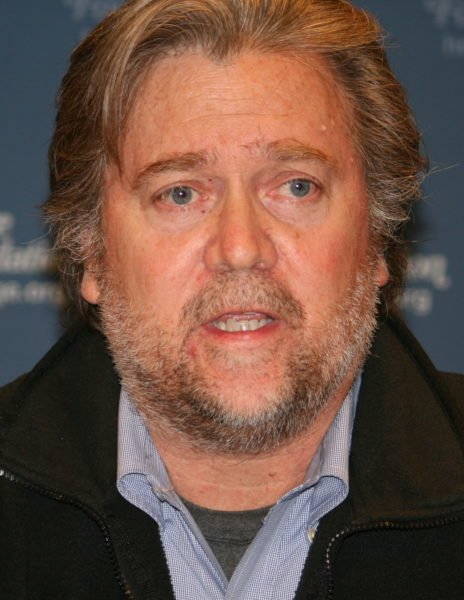 The original remark, published in Michael Wolff’s book and not disputed by Steve Bannon, appeared to take aim at all three Trump campaign officials in the room, including Donald Jr.

It read: “The three senior guys in the campaign thought it was a good idea to meet with a foreign government inside Trump Tower in the conference room on the 25th floor – with no lawyers. They didn’t have any lawyers.

“Even if you thought that this was not treasonous, or unpatriotic, or bad shit, and I happen to think it’s all of that, you should have called the FBI immediately.”

Steve Bannon’s attempt to clarify follows repeated denunciations by President Trump, who dubbed him “Sloppy Steve” and said his former aide “cried when he got fired”.

It also follows the loss of the main financial backer of his conservative Breitbart website, heiress Rebekah Mercer, who said in a rare public statement that she had cut off Steve Bannon from funding following his remarks to Michael Wolff.

Steve Bannon went on in his statement to say he regretted waiting five days to say something, and called Michael Wolff’s reporting “inaccurate”.

Fire and Fury: Inside the Trump White House rocketed to the top of the Amazon bestseller list upon publication last week and became the talk of Washington DC and beyond.

Based on first-hand reporting at the White House and, according to Michael Wolff, more than 200 interviews with top administration figures and others, it portrays the president as impatient, unable to focus and with no interest in reading or attempting to understand policy.