Nick Carter of Backstreet Boys has said he is “shocked and saddened” to be accused of rape by former pop singer Melissa Schuman.

In a blog post published earlier this month, Melissa Schuman claimed Nick Carter forced her into an act against her will and raped her 15 years ago, when she was 18.

Melissa Schuman alleged: “He was relentless, refusing to take my nos for an answer.”

In a statement, Nick Carter said Melissa Schuman had “never expressed to me while we were together or at any time since that anything we did was not consensual”.

The musician went on: “It is contrary to my nature and everything I hold dear to intentionally cause someone discomfort or harm.” 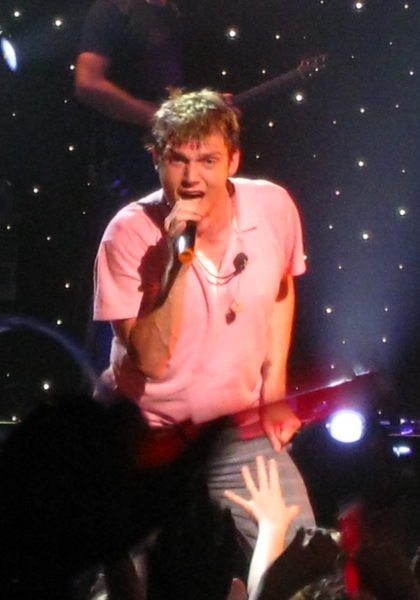 The accusations are the latest in a slew of claims to be made against leading figures in the movie, music and broadcasting industries.

In a lengthy post, Melissa Schuman says she was invited to Nick Carter’s apartment while they were shooting a made-for-TV movie in 2003.

Melissa Schuman, then 18 and a member of girl group Dream, claims she was “forced to engage in an act against [her] will” before being thrown onto a bed and raped.

Nick Carter and Melissa Schuman subsequently recorded a duet and performed together, which Carter said was evidence that he “was always respectful and supportive… both personally and professionally”.

Melissa Schuman said she had decided to come forward after reading a report last month that claimed Nick Carter was investigated for assault against a 20-year-old fan in 2006.

No charges were brought against the singer, whose band – best known for such 90s hits as I Want It That Way and Everybody – currently has a residency in Las Vegas.