Legendary boxer Jake LaMotta has died at the age of 95.

Jake LaMotta died in a nursing home due to complications from pneumonia, his wife told TMZ.

Based on his 1970 memoir, Raging Bull depicts an emotional fighter struggling with life outside the ring.

Born on July 10, 1922, to Italian parents in the Bronx area of New York City, Jake LaMotta took up boxing after being rejected by the US military due to a medical condition. 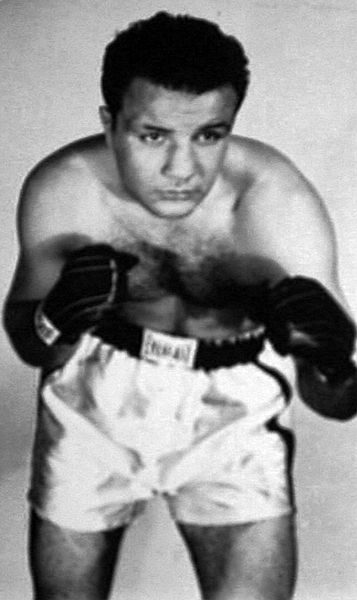 Sports commentators praised his willingness to take a severe beating in order to get close enough to land the best punches on his opponent.

His stamina in the ring, which he honed during a prison sentence, earned Jake LaMotta the nickname “The Bronx Bull”.

Jake LaMotta first won national recognition two years after landing on the professional boxing circuit, when he handed Sugar Ray Robinson his first ever defeat in 1943.

His rough style, and strong chin, made him one of the most famous fighters in boxing during the 1940s and 1950s at a time when boxing was one of the nation’s most popular sports.

After resisting Mafia efforts to control him, Jake LaMotta later admitted to intentionally losing a fight at the behest of mobsters in 1947, causing him to suffer a suspension from the sport.

According to the International Boxing Hall of Fame, Jake LaMotta’s career record was 83 wins, 19 losses, 4 draws, and 30 knockouts.

After retiring from the ring in 1954, Jake LaMotta went on to act in several movies, also touring as a stand-up comedian.