According to US scientists, the harmful Zika virus that can cause devastating brain damage in babies could offer up a surprising new treatment for adult brain cancer.

Until now, Zika has been seen only as a global health threat – not a remedy.

Human trials are still a way off, but researchers believe Zika virus could potentially be injected into the brain at the same time as surgery to remove life-threatening tumours, the Journal of Experimental Medicine reports.

The Zika treatment appears to work on human cell samples in the lab. 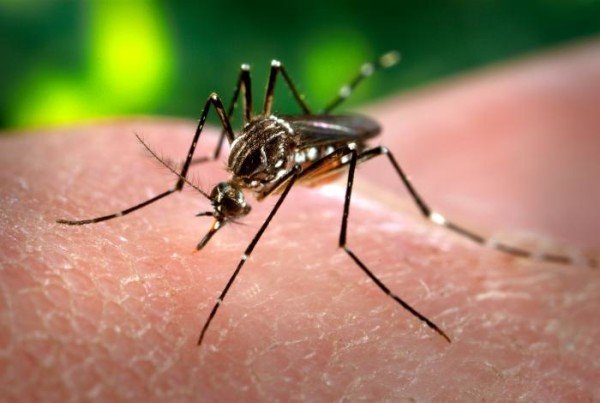 What Is Zika Virus?

There are many different types of brain cancer. Glioblastomas are the most common in adults and one of the trickiest to treat.

They are fast growing and diffuse, meaning they spread through the brain, making it difficult to see where the tumor ends and the healthy tissue begins.

Radiotherapy, chemotherapy and surgery may not be enough to remove these invasive cancers.

However, the latest research, in living mice and donated human brain tissue samples, shows Zika therapy can kill cells that tend to be resistant to current treatments.

It is thought that these glioblastoma stem cells continue to grow and divide, producing new tumor cells even after aggressive medical treatment.

Different, healthy stem cells are found in abundance in baby brains, which probably explains why regular Zika can be so damaging to infants, say the researchers.

Adult brains, however, have very few stem cells. This means Zika treatment should destroy only the cancer-causing brain stem cells without causing much collateral damage.

Using viruses to fight cancer is not a new idea, but using Zika as the weapon of choice is.

UK scientists at the University of Cambridge are beginning similar trials with Zika.

Chairman of the Senate Committee on Armed Services John McCain has been diagnosed with brain cancer and is reviewing treatment options, his office said.

According to the veteran Republican’s doctors, the options may include chemotherapy and radiation.

John McCain, 80, is in “good spirits” recovering at home.

The brain tumor was discovered during a surgery to remove a blood clot from above his left eye last week.

A Vietnam veteran, John McCain spent more than five years as a prisoner of war.

On July 14, the six-term senator and 2008 Republican presidential candidate underwent surgery at a clinic in Phoenix, Arizona. Tissue analysis revealed that a primary brain tumor known as glioblastoma was associated with the clot, a statement from the Mayo Clinic said.

“The senator’s doctors say he is recovering from his surgery <amazingly well> and his underlying health is excellent,” the statement added.

“Treatment options may include a combination of chemotherapy and radiation.”

Glioblastoma is a particularly aggressive brain tumor, and increases in frequency with age, affecting more men than women.

John McCain was in “good spirits as he continues to recover at home with his family”, his office said.

The senator’s family reacted with “shock” to the news, his 32-year-old daughter Meghan said.

She tweeted: “It won’t surprise you to learn that in all of this, the one of us who is most confident and calm is my father.

“So he is meeting this challenge as he has every other. Cancer may afflict him in many ways: but it will not make him surrender. Nothing ever has.”

President Trump said John McCain has “always been a fighter” and, in a statement, said: “Get well soon.”

Former President Barack Obama said on Twitter: “John McCain is an American hero and one of the bravest fighters I’ve ever known. Cancer doesn’t know what it’s up against. Give it hell, John.”