Whether you’re looking for some ideas which organization to make a donation to or simply want to broaden your horizons, there are plenty of suitable candidates to choose from. Today, we’re going to familiarize you with 5 amazing organizations dedicated to helping those who are unfortunate enough for having to deal with disabilities, starting with:

Special Olympics is quite well known for connecting individuals with intellectual disabilities through sports. By participating in these activities, they get to discover how strong they really are, basking in joy, confidence, and fulfillment. The workings of this organization inspire others to open their hearts to the human potential and unique talents of every individual out there. Apart from sports activities, they also focus their resources on promoting research and leading a healthy lifestyle. 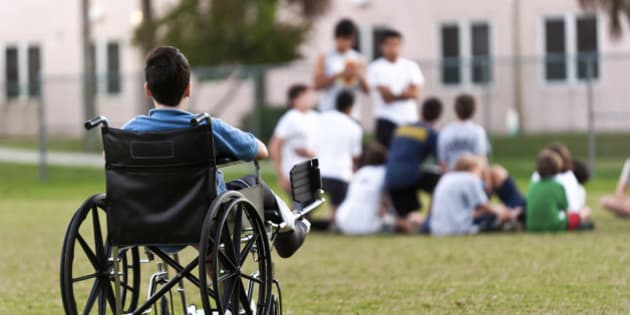 This Jewish organization focuses on helping children with special needs. Covering over 80 different locations on a global scale, it’s one of the fastest growing organizations of today. Their approach brings together teenage volunteers and couples them with children with special needs so they can have fun and engage in various playful games and activities. By taking part, the volunteers learn of the power of friendship and giving.

CBM Canada helps children with disabilities who also live in poverty, providing medical help, small loans, and coaching. By supporting CBM Canada, you’re showing your care for the children who have to live with a disability. If you make the decision to sponsor a child, your resources will go towards covering the costs of surgery and rehabilitation, drastically improving the quality of life for the recipient of your donation.

If you need some help getting in touch with the best disability lawyers, Special Needs Alliance is the organization to turn to. They’re covering medical care, tax planning, SSI, personal injury claims, guardianships, etc. This particular organization is quite different in the sense that it’s invite-only, meaning that only those attorneys who are invited can join. However, this ensures that only the most qualified attorneys are given the chance to fight for those who need a talented lawyer to stand up for them, which is likely to be correlated with its global success.

Special teams of educators and therapists come together to help the children with special needs who need some guidance when it comes to overcoming the obstacles imposed by their condition. The goal of this organization is to help these individuals reach their personal goals, with the ultimate milestone being achieving personal independence. They also offer resources for autism, war veterans, brain health, children, adults, and seniors.

With the help of each and every organization such as the ones we’ve mentioned, the world around us is becoming a brighter place, especially for those who were born with a disability. By recognizing this, you’ll be much more inclined to donate some of your money to these organizations, showing that you are not indifferent to the suffering of others and that you want to do your best to help those less fortunate than yourself.

British artist Sue Austin is preparing to show off a prototype self-propelled underwater wheelchair to the public.

Sue Austin, who has been a wheelchair user since 1996, developed the chair with help from dive experts and academics.

The model is powered by two dive propulsion vehicles and steered with a bespoke fin and foot-operated acrylic strip.

She is staging a performance with it in a swimming pool in Weymouth, UK, this week.

Creating the Spectacle forms part of the Cultural Olympiad celebrations.

Sue Austin, from north Devon, says she first had the idea after learning to scuba dive in 2005.

“When we started talking to people about it, engineers were saying it wouldn’t work, the wheelchair would go into a spin, it was not designed to go through water – but I was sure it would,” she said.

It was built with funding from the Arts Council’s Impact Scheme. Finding a suitable dive propulsion vehicle to propel the chair was initially difficult because most propeller models were designed to be hand-held and Sue Austin lacked the strength to hold on to them.

Eventually she trialed a model that was designed for divers with disabilities – and then added two to the wheelchair.

Sue Austin bought an NHS wheelchair for the project and spent months with her team perfecting its buoyancy. She initially designed flotation aids, but in the end found that simple swimming floats worked better.

“If you just put a thruster under the chair all the thrust is below the centre of gravity so you rotate,” she said.

“It was certainly more more acrobatic than I anticipated.”

She modified the heel plates so that they formed fins at the backs of her heels and re-drilled the rubber straps to attach her legs to the acrylic “wings” she needed to steer the vehicle.

The addition of the second thruster and fin meant that the wings were no longer practical but she kept them for aesthetic reasons.

The wheelchair also required a more robust seat to handle the pressure placed upon it during a performance.

“I would love to create a version with hand controls – but I need my arms to be free for the performance,” said Sue Austin.

The wheelchair, which had patents pending and was as yet unnamed, was already in demand, she said.

“We’ve had PADI [Professional Association of Diving Instructors] course directors and very experienced divers saying they would pay to hire it,” she said.

“The Oceanography department at the University of Plymouth, where I did a BA [bachelor of arts degree] in performing art, said it would make their courses accessible to students with disabilities.”

There is one problem with the wheelchair however – the frame is beginning to rust. Sue Austin says that ideally the next model should be made of titanium.