Home Health Why Do Athletes Use Clenbuterol for Cutting & Performance? 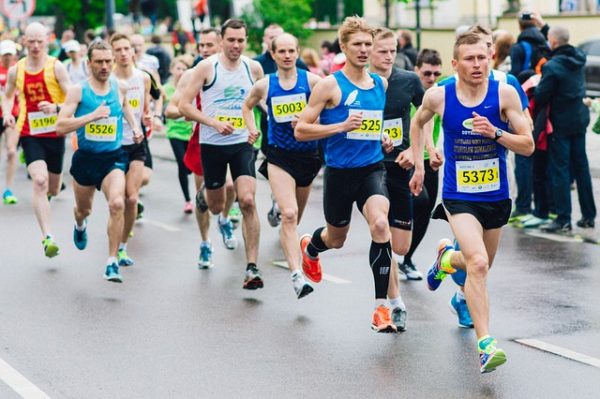 Celebs using the dangerous banned drug Clenbuterol are risking their lives. But why do they do it? And what’s the alternative?

We all feel the pressure to look good sometimes. For celebrities and professional athletes, that feeling is ongoing. The urge to look great and perform at elite levels can lead to some dangerous decisions. One of the worst choices people in the public eye can make is using illegal drugs to drop weight. Like the current trend to use banned drug Clenbuterol (AKA Clen) to shed fat fast, or to put in a suspiciously good sports performance.

The biggest problem is Clenbuterol is a banned substance with some very nasty side effects.

Here’s what you need to know about the side effects of Clenbuterol, and why it’s so popular in certain circles – despite the known risks.

Clenbuterol hydrochloride, more commonly known as Clen, is a steroid-like drug that was originally developed for a legitimate purpose (to help people with breathing disorders such as Asthma). But these days it’s mostly used on animals to make them gain more muscle tissue for more profitable meat production (although it’s illegal in Europe for any animals which enter the food chain). It’s never been approved by the FDA for use in the USA, and it’s an offense to supply or have the intent to supply Clenbuterol in the UK.

Like so many of these drugs, it’s fallen into misuse. That’s because it has the powerful ability to help burn body fat, helping maintain a slim and lean body. It’s illegal to buy over the counter, but commonly used amongst athletes and even celebrities who want to maintain a certain look.

Of course, staying slim isn’t the only side effect of Clenbuterol. This dangerous drug comes with plenty of risks to short and long-term health.

The Side Effects Of Clenbuterol

Clenbuterol acts like amphetamines, helping the body burn more fat by heating it up and manipulating the nervous system. That’s why users often wind up trembling, overheating, and sweaty. The drug can also impact sleep because the body can’t wind down. It’ll ramp up your blood pressure (terrible news when you consider that heart disease, heart attack, and high blood pressure are already some of our biggest health threats). Muscle cramps are common on Clen, as all that excess energy means essential minerals are lost through sweat.

Most worryingly is Clenbuterol’s impact on the heart. Using the drug can lead to heart palpitations and even put users at increased risk of heart attack – no matter how young, fit, or slim they are. And the effects can be long-term, including left-sided cardiac atrophy which can develop in as little as a month from first use.

The number of people in the public eye using this drug is shocking. You might have heard about boxer Canelo Alvarez’s drug failure for Clenbuterol, or USA triple-jumper Will Claye’s drug test which showed trace amounts of Clen. Both athletes argued successfully their case for the drug showing up due to contaminated meat (red meat contaminated by Clenbuterol is a real problem in cattle from Mexico). It’s a counter-argument which has overturned numerous Clenbuterol drug fails across a range of professional sports.

But it doesn’t always fly; Tour de France champ Alberto Contador tested positive for the drug in 2010. He gave the contaminated meat argument but was handed a two-year suspension. And New Zealand rugby player Kalib Hamiora Whakataka received a two-year ban after he admitted ordering prohibited substances through an online Clenbuterol site and using the drug.

More worryingly are the cases which can’t be explained away by contaminated meat. These tend to be underground, unconfirmed cases which are nonetheless accepted truths in VIP circles. Actors, models, social media stars, and aspiring stars use Clenbuterol to drop weight fast before photo shoots, red carpet events, or to get coveted on-screen roles. We’re not gonna name any names, but everybody knows it’s happening.

It’s particularly popular in the celeb-driven city of Los Angeles, with Mexico right across the border. Celebrity personal trainers, gym owners, and stylists all confirm the use of Clenbuterol amongst their clients. Yes, those same celebs who always seem to be collapsing with mystery dehydration and exhaustion. It seems their punishing promotional schedules might not be the only culprit for their fragile health.

Why do these talented men and women take Clenbuterol when the health risks are so well-known? Human nature will always make people want things sooner, faster, and better. And the sports and entertainment industries will naturally attract more driven, type-A personalities. Clenbuterol is not the first illegal, dangerous drug to be used as a weight loss aid, and it probably won’t be the last. That doesn’t make it OK.

So what about those of us with less pressure on our shoulders (and more concern for our health)? Happily, there are plenty of healthy alternatives to the drug Clenbuterol. The most obvious answer will always be diet and exercise, of course. A moderate calorie deficit, combined with an increase in activity levels will lead to weight loss unless you have an underlying health issue which confounds the law of thermodynamics.

If you want a little extra help, there are ways to boost weight loss without turning to dangerous and illegal drugs like Clenbuterol. Nature has a host of ingredients which can support your metabolic rate, help you expend more energy, and retain healthy lean tissue as you lose fat. Some of the best are garcinia cambogia, guarana, caffeine, and citrus aurantium – all natural, safe, and legal! If your goal is losing weight, choose to do it safely and enjoy the results of your work. Health should always come first.