Frasier actor John Mahoney, who played Martin Crane in the sitcom, has died at the age of 77 due to complications from cancer.

John Mahoney died on February 4 while in hospice care in Chicago.

He enjoyed a distinguished career in theatre, winning a Tony award, and had a long list of film and TV credits.

However, John Mahoney will be best remembered for playing the unpretentious, blunt father of Frasier and Niles Crane in the hit comedy, which ran for 11 seasons from 1993 to 2004.

John Mahoney won a SAG award in 2000 for the role, and was also nominated for two Emmys and two Golden Globes.

Much of the comic spark in Frasier came from the relationship between the down-to-earth retired police officer Martin Crane and his pompous sons Frasier and Niles, played by Kelsey Grammer and David Hyde Pierce. 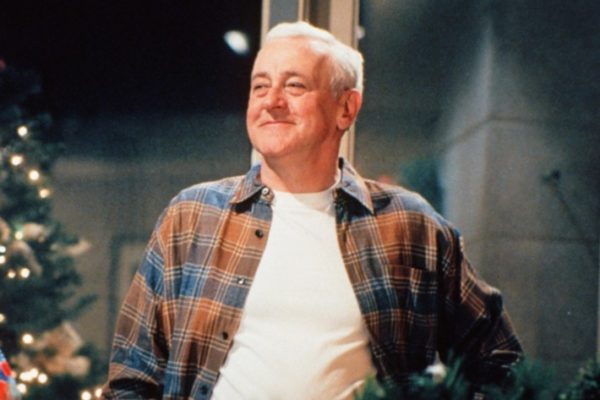 John Mahoney was born in Blackpool, UK, where his pregnant mother had been evacuated to escape Nazi bombing raids.

He moved to the United States as a young man, serving in the US army for three years, which he credits with eradicating his native British accent.

It was only in his 40s that he became a professional actor, after actors John Malkovich and Gary Sinise invited him to join the new Steppenwolf Theatre Company.

John Mahoney was a member of Steppenwolf for 39 years – and became a well-known part of the Chicago theatre scene.

The company announced on social media that the actor had passed away “due to complications from cancer”.

It said in a statement: “John was a beloved member of our Steppenwolf family who was known for his extraordinary kindness, generosity of spirit and quick smile.”

In a 2004 interview with the Chicago Tribune, John Mahoney said he preferred his theatre work to the high-profile national television scene, saying: “I don’t care if I never go in front of a camera again.”

John Mahoney also lent his voice to a number of animated projects, including Atlantis: The Lost Empire, The Iron Giant and Antz.