President Donald Trump has extended a temporary protection for 6,900 Syrians in living in the United States as war continues to ravage their country.

Syrians were shielded from deportation under a humanitarian program, Temporary Protected Status (TPS).

However, the extension does not apply to any new or recent applicants from Syria.

For Syrians already living and working in the United States, TPS will be extended for another 18 months. Syrians who entered the country after August 2016 will be excluded from the program. 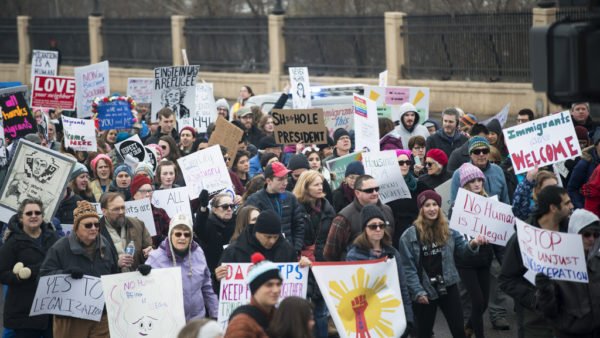 Created in 1990, TPS program allows immigrants from countries deemed unsafe to lawfully live and work in the United States.

The program is used by hundreds of thousands of people from 10 designated countries that have been hit by problems such as natural disasters or civil conflicts.

Since 2011, Syria has been embroiled in a civil war that has caused millions to flee and hundreds of thousands of deaths.

Protections were set to expire for Syrians on March 31, but with the extension will now last at least another 18 months.

Secretary of Homeland (DHS) Security Kirstjen M. Nielsen said in a statement: “It is clear that the conditions upon which Syria’s designation was based continue to exist, therefore an extension is warranted under the statute.

“We will continue to determine each country’s TPS status on a country-by-country basis.”

Earlier this month, DHS announced it would end protected status for 262,500 Salvadorians with an 18-month delay.

In November 2017, the administration said status Haitians and Nicaraguans would also end in 2019.