The White House is suggesting an immigration plan for 1.8 million people to become American citizens in exchange for funding for a controversial border wall with Mexico.

The idea was suggested by a senior Trump aide, ahead of legislative negotiations with Democrats.

The proposed bill, to be unveiled on January 29, requests $25 billion in funds for a wall on the Mexican border.

The Democrats, who oppose funding for the wall, have criticized the plan.

According to media, the details emerged in a conference call on January 25 between White House policy chief Stephen Miller and Republican congressional aides. 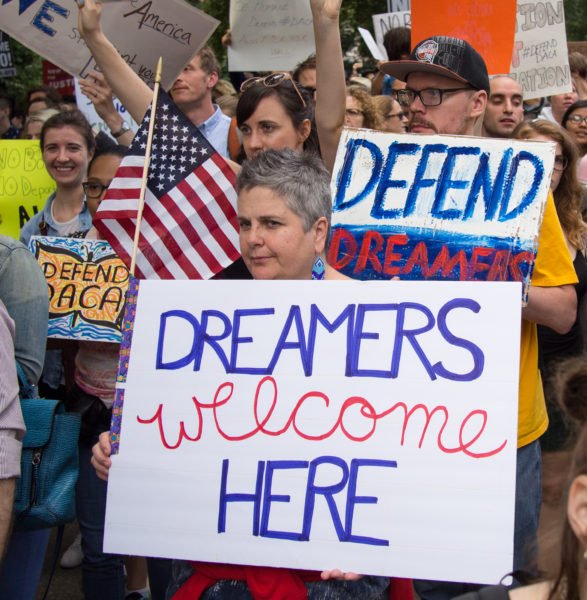 The blueprint sets out a 10-12-year path to citizenship for 1.8 million people.

This includes some 700,000 so-called Dreamers, immigrants who illegally entered the United States as children and were protected from deportation under an Obama-era program, Deferred Action for Childhood Arrivals (DACA).

The other 1.1 million would be immigrants who did not apply for DACA, but are eligible for the scheme.

It proposes to curtail so-called chain migration, permitting US residents only to get visas for their spouse and children, not for extended family members.

The White House also wants to scrap the diversity visa lottery, under which 50,000 people from around the world every year win Green Cards at random.

Last September, President Trump canceled the program and gave Congress a March 2018 deadline to come up with a new plan.

He has so far rejected bipartisan proposals that have been presented to him.

Congress’ failure to secure a deal on immigration triggered a brief shutdown of the federal government over the weekend.

On January 24, President Trump said he was optimistic that a deal on immigration would be reached that included keeping the so-called Dreamers in the country.

The president added that it was an “incentive” for so-called Dreamers to work hard and “do a great job”.

President Trump has made it clear that in exchange for making a concession to help accomplish a Democratic priority, he wants the party’s backing for his signature campaign promise to deliver a border wall.