Home Opinion UK launches inquiry into the safety of vaping

With over 3 million active vapers, vaping is more popular in the UK than anywhere else. MPs recently launched an inquiry amidst worry that people are becoming addicted to vaping and re-normalizing smoking. 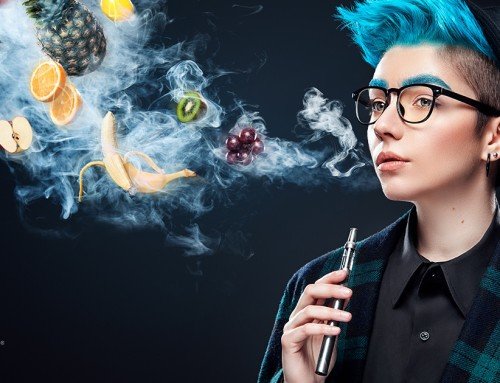 The goal of the Science and Technology committee is to understand the benefits and risk of e-cigs and the suitability of current regulations for vaping devices. According to the chair of the committee, MP Norman Lamb, “There are significant gaps in research guiding sale and regulation.”

The inquiry is to determine if vaping is a valuable tool that reduces the number of conventional smoking or a new form of smoking. The MPs also want to know the implications vaping could have on public finance and NHS costs.

More than half of British vapers have quit smoking

A recent study by Action on Smoking and Health (ASH) shows that vaping has helped more than half the population of vapers to quit smoking. It was encouraging news for the vaping industry which objective is to help reduce the exposure of smokers to cancer-causing substances.

Another report by the British Medical Journal suggests that vapers are more likely to quit smoking successfully. A report that surveyed 161,054 people in the US over a 15-year period found a higher cessation rate among vapers with 65% who tried to quit.

The study reflects the situation in the UK where smoking rates have dropped dramatically especially among young adults. It was recommended by Public Health England as one of the best tools to help smokers struggling to quit.

While explaining that vaping is a safer and cleaner alternative, Jason of BeautySchoolsDirectory said that: “most cigarette smokers often don’t  quickly realise  that the habit ruins looks too, besides also being bad for the lungs, heart, brain and even sex life.”

According to medical science, smokers are four times more likely as nonsmokers to have bags under the eye. Smoking cigarettes can also cause or increase the risk of other skin problems such as psoriasis, icky teeth, tooth loss, yellow fingers, scarring, thinner hair, premature aging and wrinkles, skin cancer, warts, stretch marks and loss of natural glow.

One of the major worries of the parliamentary committee is the vaping habit among young people in the UK.  A recent study that collected data from five surveys shows that e-cigs among youths who have never smoked are noticeably lower.

A lead author of the study, Linda Bauld stated that the rumours about e-cigs re-normalizing smoking are not true. The analysis of the study included the entire UK with thousands of young respondents and clear conclusion that experimentation with e-cig has not led to regular use.

Prof John Britton from the University of Nottingham thinks the inquiry provides the perfect opportunity to clear all misconceptions about e-cigs. He believes e-cigs have revamped smoking patterns and provided public health benefits for ex-smokers.

In August, Public Health England released a report that vaping was 95% less harmful than cigarettes and urged people to start vaping. The report was accepted by ASH, British Medical Association, Royal College of Physicians of London and other reputable bodies.

Concerns about vaping in the UK

The parliaments concerns are not completely unfounded as recent study by researchers at the University of Stirling found that young people experimenting with vaping are more likely to start smoking cigarettes.

While this was the first in the UK, other studies in the US had similar results. The study used a large representation of respondents from vapers and smokers alike, yet, it has some weakness. It relied on self-reporting survey known to produce questionable results.

Big tobacco companies such as Imperial Brands PLC and British American Tobacco are spending billions of dollars on research and cigarette alternatives as the market for traditional cigarettes dwindles in developed counties.

Prior to the inquiry, the UK had a lenient approach to vaping, which helped the industry grow to £1.1 billion and BAT forecasting sales of their vapor products to double to $1.3 billion or more in 2018.

In May, new legislation was introduced to limit the sale of e-cigs and related products. It came with stricter testing to ensure ingredients are thoroughly investigated. Certain additives are banned due to concern over their effectiveness and fear that it encourages non-smokers to take up the habit.

Reactions to the vaping inquiry

Arnott, ASH chief executive welcomed the inquiry and said ASH would submit evidence in response. E-cig industry is a fast-moving market and policies should be founded on best evidence available. She also posits that e-cigs are not the only solution to cigarette smoking with other methods like tobacco regulations and taxation working well in the past.

What should vapers do about the inquiry?

Vaping enthusiast and active vapers in the UK hope that advocacy groups like IBVTA and New Nicotine Alliance will submit sound evidence that influences the decision making of the committee. Meanwhile, vapers who have MPs in the committee can contact them, share their personal stories and the effect vaping had on their smoking habits.