Sarah Palin’s eldest son, Track, has been charged with assault and burglary after a confrontation with his father involving a firearm.

According to police, Track Palin, 28, allegedly broke into his parents’ Alaska home through a window on December 16.

Court documents obtained by media say the former Republican vice presidential nominee’s son said he was on pain medication and had been drinking.

Track Palin was arrested in 2016 for allegedly punching his girlfriend.

After he eventually pleaded guilty to possession of a firearm while intoxicated, other charges were dismissed in that case.

Police documents, published by the LA Times, said Sarah Palin called the police at about 20:40 on December 16 to say her son was on “some type of medication” and was allegedly “freaking out”.

The affidavit by a responding officer said they found the former Alaskan governor “visibly upset” at the property. 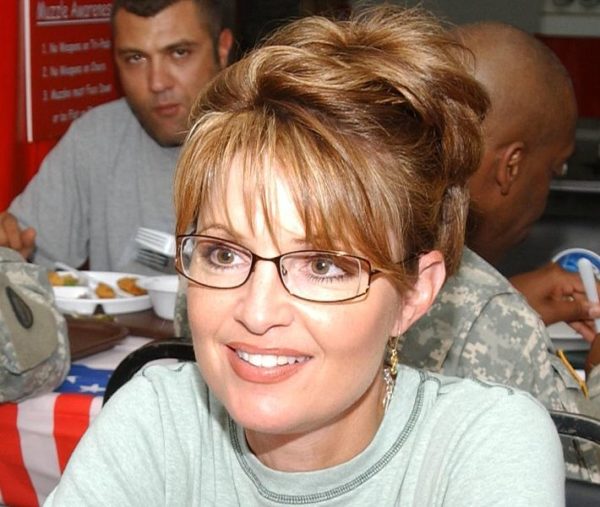 Police say that when they arrived they had a stand-off with Track Palin in which he moved around the house and at one stage went out onto the garage roof. They say he demanded police put their weapons on the ground and allegedly called them “peasants”.

According to police, the struggle between the two men happened after Track Palin said he was coming to the property to retrieve a vehicle, and threatened to beat his father.

Todd Palin, Sarah Palin’s husband, told police he armed himself with a pistol when his son arrived, but was disarmed and was left bloodied.

Track Palin was charged by police with first-degree burglary, fourth-degree assault and criminal mischief, and remains in police custody.

A statement to media from the family requested privacy, and said the Palins were unable to comment further on the case.

Earlier this year Track Palin’s ex-girlfriend Jordan Loewe applied for a protective order against him, having previously requested full custody of their one-year-old son.