At least 15 people have been killed after flash floods caused massive destruction in central Greece.

According to Greek officials, the industrial towns of Mandra, Nea Peramos and Megara, west of the capital Athens, were the most affected.

Many of the dead were elderly people whose bodies were found inside their homes, lovcal reports say. Fast-flowing torrents of red mud flooded roads.

PM Alexis Tsipras declared a period of national mourning in the wake of the tragedy.

According to the broadcaster, at least 37 people have been taken to hospital and some are still missing. 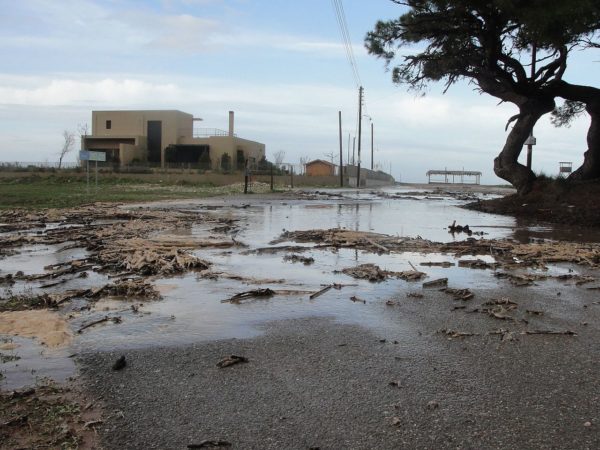 Bad weather has hit parts of Greece for about a week, but particularly heavy rain overnight caused the sudden flooding, for which locals said they were unprepared.

The force of the water moved vehicles, damaged walls and roofing, and left many homeless as their homes flooded to a life-threatening level.

By November 16, Greece’s fire service said it had received over 600 calls for help and dispatched almost 200 firefighters in 55 vehicles to the towns, which have a combined population in the tens of thousands.

Stavros Fotiou, the deputy mayor of Nea Peramos, told ERT: “The water came down the mountain, millions of tones.”

“Our roads are completely destroyed… 1,000 homes have been flooded, that’s a third of the town,” he added.

The region’s deputy governor, Yiannis Vassileiou, told ERT that emergency services had been prepared for poor weather, but then “the Niagara Falls came down and could not be stopped”.

Alexis Tsipras said that declaring a period of national mourning was “the least we can do”.

The prime minister also vowed to provide aid to the victims and ensure they were housed safely.