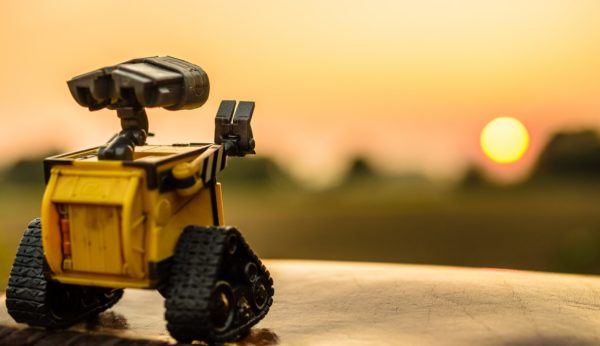 Source: unsplash.com (free to use and share, no attribution needed)

Having an efficient storage system is the goal of anyone cherishing fast delivery times and quality service. With such values in mind, companies have funded and developed numerous different automatons or “robots” that are already outperforming humans at that task and rewarding the investment of big business in the millions of dollars each years.

Already most of your internet orders are delivered in part by our wired friends. In addition to looking at the intriguing technology behind them, we will analyze the development history behind the automatons as well as the risks to our job market if they indeed replace out warehouse worker.

The giants are in

The clear pioneer in the robotic warehouse business was Amazon. Way back in 2012 the CEO Mick Mountz took Kiva Robots into their storage facilities. The process itself wasn’t completely automated, about half of the work done was still done by human employees. Still, the project was a great success, yielding benefits for Amazon. Their operating expenses were cut, the storage facilities were more efficient due to a lack of weighing presence of human error and their customers were served in a more timely fashion.

The results were quickly palpable. Amazon became the top dog in the E-commerce industry and wanted to seize the moment at hand. They bought off their Kiva manufacturer, rebranding them as Amazon robots, eventually starting the race for the first fully mechanical warehouse. Competition soon started keeping in, with players like E-Bay, Alibaba and others moving towards such facilities due to their own logistic nightmares. Today we truly have a battle. One for convenience, cost and accessibility. However, a winner is far from sight.

They come in shapes and sizes

The heated market battle resulted in a variety of warehouse robots we have today. One such robot that generated traction in the media is the shelf module-to-picker system, using the electric drive to bring shelf modules to a picking post for manual handling. This system was taken by aforementioned Amazon and implemented inside their U.S. facilities.

Models are also designed to function on a multi-level grid-like system where the storage bins are on vertical columns within that grid frame and accessed via robots gliding across the top of the frame. They pick up the desired bin take them to ports at the end of the grid for further transport to a picking station. Fork-lift robots take those pallets to and from racking, completing the storage and delivery process.

Some jobs will be lost

The future does have a ring of convenience, but for some their employment may be jeopardized. A recent analysis by NPR shows exactly who may be at the breadline in the foreseeable future due to automation of the industry.

The field of warehouse related jobs will clearly be impacted by this change. If the current trends continue and the industry wants to pursue low-cost warehouses (which they indeed should), 90% of such jobs will be lost within 20 years. Such thoughts are troublesome, but we should remember that markets usually open a door once one has been closed.

For example, mental health and substance abuse social workers have only a 0.3% chance of being automated. If you’re looking for advice on what jobs won’t be automated, jobs that require creativity of thought, help your fellow man, require negotiation and, surprisingly, require you to squeeze into small spaces are a keeper. But I digress.

Why is it good for you

Talking about big business hardly relates to the benefits this warehouse automation can have for you. Experts developing the storage-systems at Supereasystorage claim the general public is becoming more and more aware of the benefits of such a service.

The technology involved in self-sustained warehouses allows for safe handling of your possessions. The automation of the transport process removes the investment of time and effort to carry your things. In addition, everything is packaged into containers, giving them a pleasant look. Having a robotic storage unit sounds better than a warehouse, that’s for sure.

Times ahead will definitely be turbulent, even within an industry that sounds benign like warehouse storage. Certainly the impact of automation will shake the labor market as big companies try to increase their revenue wherever they can.

It will be interesting to see how this will impact the manufacturing and storage powerhouses like India and China as the race for the mechanical worker slowly erodes the human one. Our population is rising while the demands for actual workers is decreasing. The market will have to adapt in some way, but which the million dollar question.

In any case, the consumers are yielding the benefits when they shop for years. But now they can finally experience themselves to have a self-storage unit.