According to provisional figures from the World Meteorological Organization (WMO), 2017 is “very likely” to be in the top three warmest years on record.

The WMO says 2017 will likely be the hottest year in the absence of the El Niño phenomenon.

The scientists argue that the long-term trend of warming driven by human activities continues unabated.

They say many of the “extraordinary” weather events seen during 2017 bear the hallmarks of climate change. 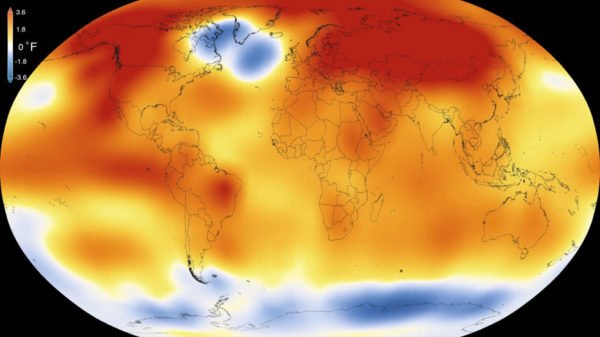 WMO report: 2014 to become the hottest year on record

On the opening day of this year’s key UN climate talks, researchers from the WMO have presented their annual State of the Global Climate report.

It follows hot on the heels of their greenhouse gases study from last week which found that concentrations of CO2 in the atmosphere were the highest on record.

While the new study only covers January to September, the WMO says the average global temperature was 1.1C above the pre-industrial figure.

This is getting dangerously close to the 1.5 degrees threshold that many island states feel temperatures must be kept under to ensure their survival.

This is slightly down on 2016 when the El Niño weather phenomenon saw temperatures that were 0.56C above the average.

According to the WMO, 2017 vies with 2015 to be the second or third warmest mark yet recorded.