Thailand has begun the ceremony for the royal cremation for late King Bhumibol Adulyadej, who died one year ago.

Hundreds of thousands of Thais have lined the streets of Bangkok to pay their last respects to the late king.

A symbolic funeral urn was taken by chariot to the cremation site, in a procession marked by drums, flute music and an artillery salute, as the main part of a five-day funeral ceremony.

Many buildings are draped in yellow marigolds, while crowds of mourners are dressed in black as a mark of respect.

King Bhumibol Adulyadej died in October 2016 at the age of 88.

The funeral officially started on October 25 with a merit-making ceremony, a Buddhist rite, in the Grand Palace. 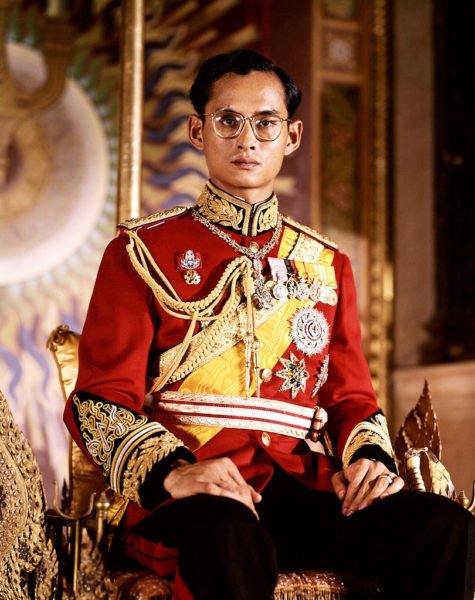 King Bhumibol of Thailand Dies After 70 Years of Reigning

On October 26, a series of Buddhist rites began in the royal palace ahead of the procession.

King Bhumibol Adulyadej will be cremated later in a royal pyre to be lit by his son, King Maha Vajiralongkorn.

The chariot carrying the urn in the second part of the funeral procession has been used since the late 18th Century. Weighing just under 14 tonnes, it was pulled by more than 200 soldiers.

The urn was then carried for several rounds around the cremation site, for the last leg of the procession.

The elaborate ceremony is estimated to have drawn as many as 250,000 people from across Thailand.

Many of the mourners arrived in Bangkok days ago, and waited in the streets overnight for the procession, clutching portraits of King Bhumibol.