Home Opinion How to Drive Better Than Your Significant Other

This fall, younger moviegoers will have the opportunity to learn about a strange time in the already-strange 1970s.

The oddities of that decade go beyond style, music, and politics to a brief resolution of the eternal question, “Are men naturally better tennis players than women?” To your surprise, the answer may not be the same as the answer to, “Am I eligible for Traffic School?”

Older viewers of the film “Battle of the Sexes” may enjoy the reminder of a moment when this question was answered “Not at all,” when the top women’s tennis player at the time, Billie Jean King, soundly defeated former great Bobby Briggs in a very public spectacle.

That may have settled the ‘girls vs. boys’ question for a few years, but the battle continues today on other fronts.

For instance, there is a definite question about whether male drivers are better than female drivers. 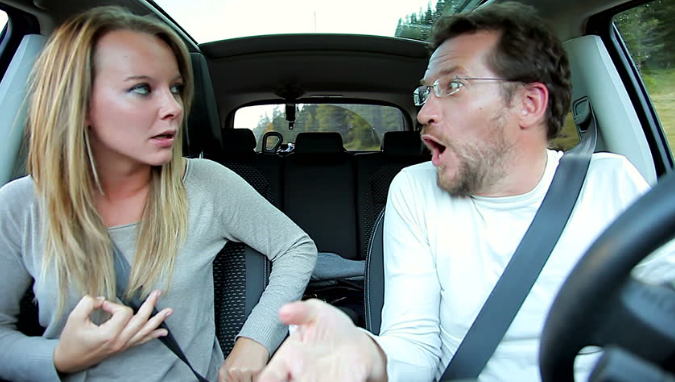 Insurance companies aren’t much help. Or maybe they have too much data to deal with. Or maybe it truly is complicated and people will believe what they want, regardless of statistics.

But generally, men are known to be more aggressive on the road and women are generally less so, although this doesn’t necessarily factor in age, race or environment.

Both genders have varying rates of accidents, but because men tend to take more risks, they sustain a higher rate of damage or death behind the wheel. They are also more likely to be at fault in an accident.

In their defense, men, generally do have more knowledge of the limits and performance of their vehicles, so are less likely to have rollover accidents than women.

Women, however, do have lower rates of insurance and are less likely to get tickets than males. But they are more prone to having more accidents, especially at intersections. Though these are at lower speeds, they can still be fatal, driving up the statistics on the women side.

Does this mean that one gender needs to find an online traffic school right away? Not necessarily.

Some studies show that some people are better drivers simply because they think they are. If you believe that your gender, and especially you, are a better driver than others, then you may convince yourself this is the truth and drive better.

This may be the key to success working with a driver who makes you scared or uncomfortable. Rather than saying, “you need to drive more like a boy” or “you need to drive more like a girl” and having to define this statement by giving specific examples, you might have to consider more of a general statement like, “I know you can do this because you’re a great driver and a credit to your gender.”

Warning – just saying this may cause the person to automatically hear, ‘they like my driving so I don’t have to change a thing.” So, you might have to find ways to diplomatically offer suggestions for improvements without sounding like you’re being critical (or ‘mansplaining’).

One suggestion is simply to provide more practice – if one person routinely drives and the other routinely is a passenger, there might be some nervousness when the roles are switched. But the more someone practices, higher their confidence behind the wheel will grow along with the ability to perform well.

If a spouse/partner doesn’t want to provide this one-on-one education, drivers can consider trying a refresher through a ca traffic school, where they can learn more advanced techniques or driving methods.

The main takeaway with either gender is to focus on staying as safe as possible, which includes always wearing your seatbelt and refraining from texting, eating or other distractions.