President Donald Trump is challenging Secretary of State Rex Tillerson to an IQ test, in the latest sign of discord between the two.

The president made the remark during an interview with Forbes magazine when asked about reports that Rex Tillerson had called him a moron.

“I think it’s fake news,” Donald Trump told the magazine, “but if he did that, I guess we’ll have to compare IQ tests. And I can tell you who is going to win.”

On October 10, President Trump had lunch with Rex Tillerson.

Shortly beforehand, President Trump maintained he still had confidence in the secretary of state.

“I did not undercut anybody,” he also told reporters.

“I don’t believe in undercutting people.” 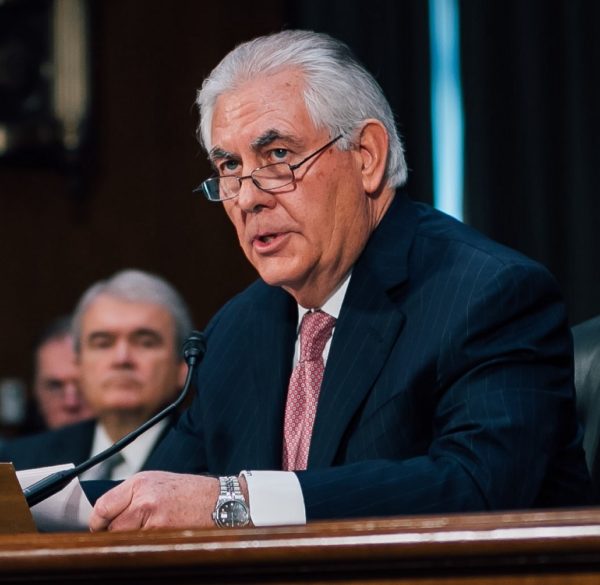 Rex Tillerson: “US Is In Direct Contact with North Korea”

Military Action against North Korea Is An Option on Table, Says Rex Tillerson

Asked about Donald Trump’s IQ test challenge, White House Press Secretary Sarah Huckabee Sanders told the daily news briefing: “It was a joke. You should get a sense of humor.”

Reports have swirled of a schism in the Trump administration between the commander-in-chief and his top diplomat, as the US faces a host of vexatious foreign policy conundrums, from North Korea to Iran.

Last week, Rex Tillerson called a news conference to dismiss reports that he was considering quitting.

However, Rex Tillerson did not deny an NBC News report that he had called Donald Trump a moron after a July meeting at the Pentagon.

Earlier this month, President Trump publicly undercut the former ExxonMobile chief executive by tweeting that he was “wasting his time” trying to negotiate with nuclear-armed North Korea.

Last week, the New York Times reported that the secretary of state was astonished at how little President Trump grasps the basics of foreign policy.

According to the newspaper, quoting sources close to the secretary of state, President Trump has been irritated by Rex Tillerson’s body language during meetings.

Rex Tillerson is said to roll his eyes or slouch when he disagrees with the president’s decisions.