Six people died at a Florida nursing home after Hurricane Irma left the facility without power for days.

On September 13, police evacuated 115 residents from the facility, whose air conditioning was cut by the storm.

Broward County Mayor Barbara Sharief said 3 people were found dead at the nursing home in the city of Hollywood. Three others died in hospital.

Ten million people are still without power in Florida, Georgia and the Carolinas after Hurricane Irma.

The storm – which has claimed more than two dozen lives in the US – struck southwestern Florida on September 10 as a category 4 hurricane before weakening to a tropical depression on September 11.

Irma earlier left a trail of destruction in the Caribbean, where nearly 40 people were killed.

Hollywood Police Chief Tomas Sanchez said the Rehabilitation Center at Hollywood Hills facility has been sealed off and police are conducting a criminal investigation.

State investigators from the Florida Office of Attorney General were also at the scene, city officials said in a statement.

Hollywood Fire Rescue found several patients “in varying degree of medical distress and immediately began treatment” when they arrived at the Hollywood Hills facility on Wednesday morning, according to the city’s statement. 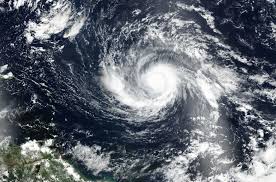 Some residents there awoke sick, the Miami Herald reported.

Kitchen worker Jean Lindor told the newspaper a generator allowed staff to cook but did not provide the facility with air conditioning.

On September 12, temperatures in Hollywood reached 90F, according to the National Weather Service.

The Florida Health Care Association called the deaths a “profound tragedy within the larger tragedy of Hurricane Irma”.

The facility is not the only Florida nursing home that has been left without power by Irma.

An estimated 150 facilities out of the nearly 700 in Florida are currently without full power services, the association said.

The group said it was working with officials to prioritize “the locations with the greatest need”.

More than half of a large retirement community in Pembroke Pines, Florida, still had no electricity by September 13, leaving elderly residents stuck in rooms with no access to lifts.

Pembroke Pines police spokeswoman Amanda Conwell told the Miami Herald that officers were at the scene.

Amanda Conwell said some of the 15,000 residents at Century Village were vulnerable and “we are concerned about their welfare”.

Another assisted care facility for dementia patients in Fort Myers, Florida, was left without power for three days after Hurricane Irma as elderly patients suffered in the rising heat.

Cape Coral Shores kept 20 patients during the storm as part of an agreement with authorities because local emergency shelters had been evacuated as Irma bore down on the coast.

Florida residents are still returning from shelters to their households to count the cost of Irma’s destruction.

According to authorities, preliminary estimates suggest 25% of the homes in the Florida Keys were destroyed and 65% sustained major damage.

President Donald Trump is scheduled to visit the hard-hit city of Naples on September 14 to view the damage, media have reported.

It will be the president’s third trip related to hurricanes in two weeks and he will be joined by First Lady Melania Trump.