Everyone needs protection. And if you feel that you stay protected enough in the real world, you still feel not safe because of cyber world threats. Now the most popular tool for remaining absolutely private and secure in the daily usage of Worldwide Web is a virtual private network. Although these systems exist for a long time, they still bring confusion due to presence of several myths among users. If you want to choose the right service without becoming confused, read on. 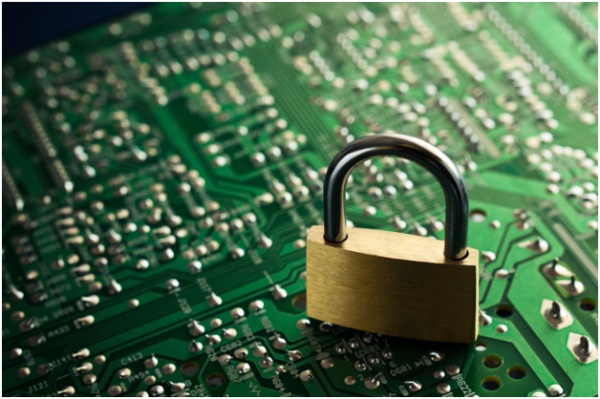 How to avoid mistakes choosing your provider?

There are a lot of virtual private network offerings on the Internet and it is up to you to choose exactly the one, which satisfies your expectations. Think carefully, why do you need privacy, which operations you are going to perform and use your answers to choose a provider, which satisfies your expectations. If you are not sure that the information on advertisements is worth relying on, read VPN reviews. Written by experienced professionals, these reviews will reveal an unbiased view on any interested provider so you will not make a mistake with your choice.

Today’s workforce is more agile than ever before as technology transforms the way we do business. Thanks to Wi-Fi and mobile devices, employees are often encouraged to work from anywhere or bring their own devices into the office. But with this newfound flexibility comes new risks.

While many companies are making the move to mobile, so are cyber criminals. Below are a few reasons crafty hackers are specifically drawn to mobile devices and what you can do to insulate yourself against this growing threat.

Unprotected Wi-Fi: Remote employees love free Wi-Fi, but many are completely unaware of the risks of joining an unfamiliar connection. Cyber eavesdroppers can often steal information in transit over insecure Wi-Fi connections, even if the data is being sent to a secure network. Especially cunning hackers may even set up a phony hotspot to snare unsuspecting users and pilfer their most valuable data. Don’t conflate ‘work from anywhere’ with ‘work from any connection!’

If you want to connect to the internet safely and privately, update your Wi-Fi settings to block open sharing with other devices. Consider using a Virtual Private Network or VPN to turn your public connection into a personal one. Finally, turn off your Wi-Fi connection when you are not using it. This will reduce the time available for hackers to penetrate your firewall. Trojan Horse Apps: Sad to say, many of the consumer apps available for download on the app store are downright dangerous — either because they are unguarded or malicious. Phony flashlight and calculator apps, for example, have been known to contain spyware which tracks a user’s keystrokes or phone calls, and can even be used to listen in on their conversations or sell personal information to advertisers.

Mobile app security depends on a keen eye and warry thumb. If an app doesn’t seem right, don’t click it. Don’t just trust the reviews, be on the lookout for grammatical or spelling errors, unnecessary permissions or apps which eat up a considerable amount for no discernable reason. Take notice of these red flags to better protect your mobile app security.

Losing Your Phone: It seems all too obvious, but one of the easiest ways to open yourself up to digital infiltration is to drop your phone in a public place. If you haven’t locked your device with a PIN or password, a single swipe is all it takes. Does your phone or tablet connect to your email, social media, banking and box services? Too bad, because a smart hacker will have no trouble stealing your identity, locking your social pages, vandalizing your finances and transferring your business data to god-knows-where.

Remember, protecting your phone means implementing safeguards before you lose it. Always lock your devices using a PIN, password or thumbprint. While it’s not perfect, it might be enough to discourage some thieves. Download device locator or remote wipe apps to keep your information from falling into the wrong hands.

Mobile Phishing & Spoofing: The majority of hackers prefer to use methods tried and true, and no attack is more common than phishing attacks. While phishing scams are still used to swipe personal account information and login credentials through spam emails and bogus sign-in pages, some cybercriminals have updated their techniques for the mobile age.

Beware of SMS or text messages containing web links from unknown sources. You could be putting your mobile app security at risk. The same can be said for social media sites as devious cyber crooks masquerade as a familiar user or company. If you are unsure about a link, avoid it or communicate your concerns to the sender in person to avoid catastrophe.

Protecting yourself from digital intrusion is not only important to your own security, but also for the safety of your business, your customers and your partners. Safeguard your mobile devices using the tips above and stay educated about up-and-coming threats. After all, the world of mobile security is still in hot competition with hackers and cybercriminals around the world.

Yahoo! CEO Marissa Mayer reportedly made the decision to ban telecommuting at the company after checking up on how many times remote workers were logging into the company’s network and discovering it wasn’t enough.

A recently released documentary shows Marissa Mayer criticizing feminism and explaining her own approach to women’s equality. Makers is a PBS/AOL documentary about the “women who make America”.

In the film Marissa Mayer says: “I don’t think that I would consider myself a feminist. I think that, I certainly believe in equal rights. I believe that women are just as capable, if not more so, in a lot of different dimensions.

“But I don’t, I think, have sort of the militant drive and sort of the chip on the shoulder that sometimes comes with that. And I think it’s too bad, but I do think feminism has become, in many ways, a more negative word.

“There are amazing opportunities all over the world for women, and I think that there’s more good that comes out of positive energy around that than negative energy.”

As Business Insider points out, women still earn less than men at every level of education, and women hold just 17% of senior management roles in the U.S.

It has also been revealed that Marissa Mayer banned working from home as she believed employees had being taking advantage of the benefit.

In a business meeting last week Marissa Mayer noted that workers had not been logging on enough, as reported by AllThingsD.

Marissa Mayer, who places huge emphasis on the analysis of metrics and data, had studied the records of Yahoo’s Virtual Private Network (or VPN) which remote workers use and found employees hadn’t been using it as frequently as expected.

This reportedly made up her mind on the telecommuting ban.

Last week Michael Bloomberg weighed in on the debate over working from home, as the opinionated mayor came out in support of Yahoo! CEO Marissa Mayer.

The billionaire businessman-turned-politician said that Marissa Mayer’s decision to ban telecommuting at her company was a smart one even though she came under a firestorm following the revelation that the new mom had a nursery built for her new son just prior to announcing the rule.

“I’ve always said, telecommuting is one of the dumber ideas I’ve ever heard,” Michael Bloomberg said during a radio interview on Friday.

Marissa Mayer’s decision sparked an outcry from working mothers and other companies in Silicon Valley who blasted the hypocrisy of her banning the action but allowing herself an in-office space for her child.

Another big-name opponent was Virgin CEO Richard Branson who called the ban on working from home a “perplexing” decision.

“This seems a backwards step in an age when remote working is easier and more effective than ever,” he wrote in a post on his blog.

“If you provide the right technology to keep in touch, maintain regular communication and get the right balance between remote and office working, people will be motivated to work responsibly, quickly and with high quality.

“Working life isn’t 9-5 any more. The world is connected. Companies that do not embrace this are missing a trick.”

The Yahoo decision will only impact a small percentage of the company’s workforce, primarily customer service representatives or staffers who work in cities where Yahoo does not have an office.

But the internal announcement on Friday has ruffled feathers as many employees say the flexible work arrangement is a key part of their job and will have a significant impact on their personal lives.

Though Yahoo will not publicly comment on the internal matter, employees disclosed the new HR policy to AllThingsD co-executive editor Kara Swisher.

The move is described as harsh since it requires employees to “either comply without exception or presumably quit”.

“Many such staffers who wrote me today are angry, because they felt they were initially hired with the assumption that they could work more flexibly. Not so, as it turns out,” Kara Swisher wrote in a blog posting about the change expected to impact several hundred workers.

Yahoo! headquarters is located in Sunnyvale, California, near San Jose. The public corporation employs 11,500 people in more than 20 countries across the globe.

Marissa Mayer, a 37-year-old Silicon Valley whiz kid who was previously a big deal at Google before switching to the competition, was appointed the head of Yahoo in July 2012.

She instituted free lunches at the company headquarters and started giving out smartphones to employees.

“I want Yahoo to be the absolute best place to work, to have a fantastic culture. We’re working really hard right now to remind people about all the opportunities that are there,” Marissa Mayer said shortly after she was hired at a Fortune magazine event in November.