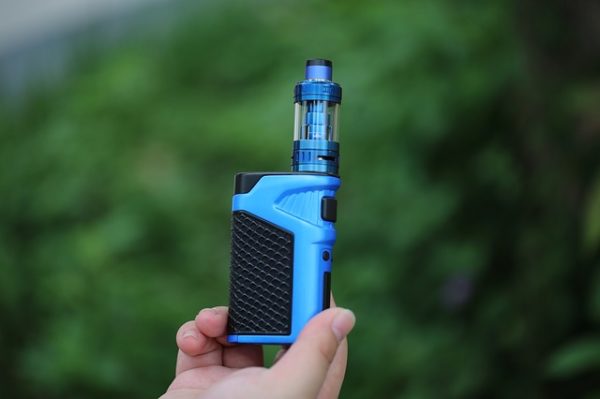 Since the very first e-cigarettes appeared on the market just over a decade ago, the devices and vaping practice have undergone a few regulation changes. Vaping laws were introduced to restrict the sale of e-cigarettes and e-liquids, preventing the sale of them to anyone under the age of 18 and limiting the quantity of e-liquids and refillable tanks available. When it comes to actually vaping though, there is currently no law in place to restrict or prevent it.

There are state based vaping restrictions across the USA which legally ban it in certain places, including the workplace. However, in the UK there is no official regional legislation regarding the use of e-cigs. This means legally you can vape in your office, but the majority of places will have their own bans in place as they are private property, which you must follow. Check with your manager first though, as not all workplaces will have implemented a ban and you may be able to vape in the office.

The government has not banned vaping in any particular location, the closest it came was in Wales when a prohibition was nearly passed in public places where children may be present. A beach in the country did proclaim itself to be smoke-free including e-cigs but there is no legal sanction in place. That’s because currently the decision to allow vaping in any space is down to the property owner, which is why some pubs allow vaping while others don’t.

There has been something of a blanket ban for vaping on public and private transport, with the majority of buses, trains, aeroplanes and taxis, despite being exempt from smoke-free legislation. There is concern that if people can’t vape in such places then they are less likely to quit tobacco products, as they may as well wait or go elsewhere where they can smoke cigarettes. Dedicated vaping carriages on trains could be one such solution. While it’s not illegal, you are likely to be asked to stop or potentially kicked off if caught doing so.

At Gigs and Sports Events

The majority of stadiums and arenas also have a blanket ban on vaping, though it can be worth checking first. Vaping is banned in all Premier League stadiums, and you can’t leave to vape and re-enter either, for examples. Punishments for getting caught include ejection from the ground and even the right to take away your season ticket, so it’s not worth the risk in most cases (unless your team loses every week).

So, while there are no laws against vaping in the UK, most places have their own terms you need to comply with to stay safe.