Home Tags Posts tagged with "us sanctions on iran"

us sanctions on iran

He thanked voters for their support, in a poll that was widely seen as being designed to favor him.

Ebrahim Raisi is Iran’s top judge and holds ultra-conservative views. He is under US sanctions and has been linked to past executions of political prisoners.

Iran’s president is the second-highest ranking official in the country, after the supreme leader.

Ebrahim Raisi will have significant influence over domestic policy and foreign affairs. But in Iran’s political system it is the country’s supreme leader, Ayatollah Ali Khamenei, the top religious cleric, who has the final say on all state matters.

Ebrahim Raisi, 60, has thanked the supreme leader for “creating the ground… that all people play a role in the formation of the new government.”

Iran is run according to conservative Shia Islamic values, and there have been curbs on political freedoms since its Islamic Revolution in 1979.

Many Iranians saw this latest election as having been engineered for Ebrahim Raisi to win, and shunned the poll.

The cleric has served as a prosecutor for most of his career. He was appointed head of the judiciary in 2019, two years after he lost by a landslide to Hassan Rouhani in the last presidential election.

Ebrahim Raisi has presented himself as the best person to fight corruption and solve Iran’s economic problems.

“Our people’s grievances over shortcomings are real,” he said as he cast his vote in Tehran.

He is fiercely loyal to Iran’s ruling clerics, and has even been seen as a possible successor to Ayatollah Khamenei as the country’s supreme leader.

Many Iranians and rights groups have pointed to Ebrahim Raisi’s role in the mass executions of political prisoners in the 1980s. He was one of four judges who oversaw death sentences for about 5,000 prisoners, according to Amnesty International.

“That Ebrahim Raisi has risen to the presidency instead of being investigated for the crimes against humanity of murder, enforced disappearance and torture, is a grim reminder that impunity reigns supreme in Iran,” said Amnesty chief Agnès Callamard.

Iran has never acknowledged the mass executions and Ebrahim Raisi has never addressed the allegations about his role in them.

Amnesty also says that as head of the judiciary Ebrahim Raisi oversaw impunity for officials and security forces accused of killing protesters during unrest in 2019.

He has promised to ease unemployment and work to remove US sanctions that have contributed to economic hardship for ordinary Iranians and caused widespread discontent.

The Joint Comprehensive Plan of Action, signed in 2015, gave Iran relief from Western sanctions in return for limiting its nuclear activities.

The US pulled out of the deal in 2018, and President Trump’s administration re-imposed crippling limits on Iran’s ability to trade. Ebrahim Raisi was among the officials sanctioned.

Iran has responded by re-starting nuclear operations that were banned under the deal.

Talks aimed at resurrecting the deal are ongoing in Vienna, with President Joe Biden also keen to revive it. But both sides say the other must make the first move. 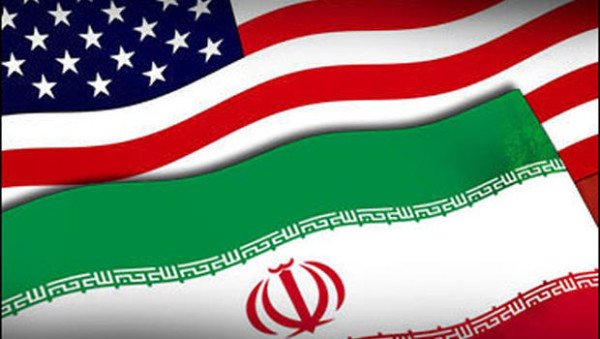 President Donald Trump wants to reinstate all US sanctions on Iran removed under the 2015 nuclear deal.

The White House said it was “the toughest sanctions regime ever imposed” on Tehran. The sanctions target both Iran and states that trade with it.

However, temporary waivers will be granted to eight countries to allow them to continue importing Iranian oil.

He tweeted on November 3: “The challenge between the US and Iran has lasted for 40 years so far and the US has made various efforts against us: military, economic and media warfare.”

“This new US president has disgraced the remnant of America’s prestige,” he said, adding that “America today is far weaker”, suggesting that US military power was beginning to “wane and deteriorate”.

The sanctions will be reintroduce on Monday, November 5.

Meanwhile, EU states that backed the nuclear deal have said they will protect EU companies doing “legitimate” business with Iran.

President Trump withdrew from the agreement in May, describing it as “defective at its core” because it had not stopped Iran developing a ballistic missile program and intervening in neighboring countries.

The president tweeted after the announcement: “Sanctions are coming,” referencing the TV series Game of Thrones and its motto “Winter is coming”.

The US has been gradually re-imposing sanctions, but analysts say this move is the most important because it targets the core sectors of Iran’s economy.

The US sanctions will cover shipping, shipbuilding, finance and energy.

More than 700 individuals, entities, vessels and aircraft will be put on the sanctions list, including major banks, oil exporters and shipping companies.

Being disconnected from Swift would almost completely isolate Iran from the international financial system.

They are the second lot of sanctions re-imposed by President Trump since May.

Secretary of State Mike Pompeo set out 12 demands that Iran must meet if sanctions are to be lifted – including ending support for militants and completely ballistic missile development.

Mike Pompeo did not name the eight countries that been granted waivers to continue importing Iranian oil.

The secretary said the eight had “demonstrated significant reductions in their crude oil and co-operation on many other fronts”. Two would eventually stop imports and the other six greatly reduce them, he added.

US allies such as Italy, India, Japan and South Korea are among the eight, the Associated Press reports. Turkey also obtained a waiver, Reuters says.

All have been have been top importers of Iranian oil.

Iran’s foreign ministry spokesman Bahram Qasemi told state TV that Iran had “the knowledge and the capability to manage the country’s economic affairs”.

Fresh sanctions have been imposed on Iranian companies and individuals by the US over a recent ballistic missile test.

The new sanctions prevent 11 entities and individuals linked to the missile program from using the US banking system.

The move came after international nuclear sanctions on Iran were lifted as part of a deal hailed by President Barack Obama on January 17 as “smart”.

Four American-Iranians were also freed in a prisoner swap as part of the deal.

Among them was Washington Post reporter Jason Rezaian – whom President Barack Obama described as “courageous”. A fifth American was freed separately.

Jason Rezaian and two of the others freed flew to a US base in Germany via Geneva for medical evaluation. Another, Nosratollah ­Khosravi-Roodsari, did not fly out with the others, US officials said. A fifth man, Matthew Trevithick, was freed in a separate process.

Meanwhile the US said it had offered clemency to seven Iranians being held in the US for sanctions violations.

Negotiations in December over the prisoner exchange delayed the US Treasury’s imposition of the latest sanctions.

They were only announced once the plane containing the former prisoners had left Iran, reports said.

They were triggered by Iran conducting a precision-guided ballistic missile test capable of delivering a nuclear warhead last October, violating a UN ban.

“Iran’s ballistic missile program poses a significant threat to regional and global security, and it will continue to be subject to international sanctions,” said Adam J. Szubin, US acting under-secretary for terrorism and financial intelligence.

Moments later, President Barack Obama hailed the nuclear deal, which is being implemented following verification by the International Atomic Energy Agency (IAEA) that Iran had restricted its sensitive nuclear activities.

“This is a good day because once again we’re seeing what’s possible with international diplomacy,” he said.

“For decades our differences meant our governments almost never spoke – ultimately, that did not advance America’s interests,” Barack Obama said.

The deal meant “Iran will not get its hands on a nuclear bomb”, he said.

Barack Obama said differences with Iran remained, and the US would “remain steadfast in opposing Iran’s destabilizing behavior elsewhere” – such as its missile tests.

The president defended a separate settlement at an international legal tribunal which will see the US repay Iran $400 million in funds frozen since 1981 plus a further $1.3 billion in interest – saying there was no point “dragging this out”.

Earlier, Iranian President Hassan Rouhani said the nuclear deal opened a “new chapter” in the country’s relations with the world.

Iran nuclear deal has been welcomed by many governments, the UN and EU – but disparaged by some US Republicans and Israel, which says it allows Iran to continue to “spread terror”.