“I wish I had a 48 hour day!” many have said to me during the last eight years as a professional SEO specialist. “I’d be able to get so much more done!”
Of course, we can’t get more than 24 hours out of each day (assuming we don’t take time to sleep) but we can get the equivalent through delegation when we plug into someone else ‘s time stream when we don’t have the time or the expertise, thereby multiplying our results.

Here are Five Ways to Delegate It! 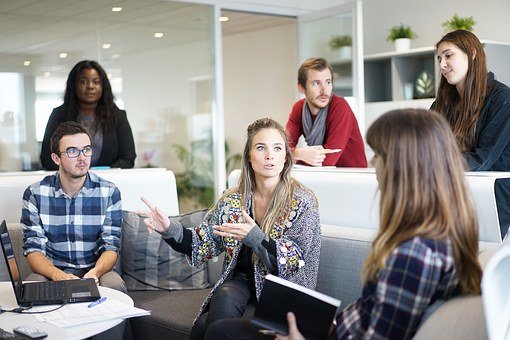 1. STAFF If you are fortunate to have staff, utilize this resource. You don’t have to do it all yourself. People around you tend to rise to your level of expectation for them. Elevate them, that’s how you grew and got to your level. And if YOU are the staff with no one to delegate to, to share the workload and increase your results, think of ways to get a staff. Many high school and college intern programs offer eager assistants, often at no cost.
For example, our local high school will provide a student to most any legitimate for profit or non-profit organization for up to 15 hours per week during the school year to help with the filing, running errands, photocopying, etc., to free you from those tasks to do more productive things with your time.
2. REVERSE DELEGATION Often during my week, co-workers, my students, friends, and even family members will come to me and ask for my help. I’m flattered when that happens, that they would think enough of my opinion to ask. The problem though is I sometimes get all caught up in their problem and don’t have time to get the things done I need to get done. For example, my office manager, Kathy, came to me one afternoon, all in a tizzy because she had two clients requesting that I conduct our time management seminar for the same dates.
Before I get all caught up in this problem I asked, “What do you think we ought to do?” I don’t mind taking my share of the load, but much of the time the person bringing me the problem is just as well equipped to solve it as I am. By the way, Kathy came up with two ways to resolve her situation so the problem was solved, she did it, and I was free to focus on other matters.
3. YOUR INNER CIRCLE Your family, friends, neighbors, and co-workers are the people who are closest to you, they love and care for you the most and they will help you, if you’ll ask. Neighbors can pool errand running. Children can do laundry. Co-workers will give a willing hand. But remember the adage, “To have a friend, be a friend.” Don’t exploit. Offer to help others first and when you need their help, they’ll be there for you.
4. COLLEGE ASSISTANTS Each of us have 10-20 hours per week of minutia to attend to. We have to go grocery shopping, dust and vacuum, mow the lawn, go to the pharmacy and the cleaners, wash the car, and on and on. Certainly, these are important tasks that are necessary to make our lives work and there’s nothing wrong with performing them ourselves.
All I’m suggesting is if on the one hand, you feel you do not have enough time each week to accomplish what you really need to do, to realize your important dreams and goals, and on the other hand, you’re spending 10-20 hours per week doing these lower level tasks, you may have an alternative and that is to consider hiring a college assistant for 10-20 hours per week, delegate all these little chores to him/her and literally buy an extra 10-20 hours per week to use more effectively.
5. HIRED HELP This is similar to the college assistant idea above, only the next level up. It’s hiring people who have specific expertise. For example, I don’t know if it makes good sense to give up a whole weekend every April to figure out the latest changes in the tax code to file our tax return. Maybe it makes better sense to go to a tax specialist, let them prepare the return, and free up your time to those things that are more important and lacking in your life. (I’m really good at spending your money, eh?)
Hope this helps you be more productive and increase your bottom line! Mitt Romney, who has made public his 2010 taxes and plans to do the same with his 2011 returns, rejected the offer.

The former private equity chief said on Thursday he had never paid under 13% in taxes over the past 10 years, a much smaller rate than most US wage-earners.

Obama campaign manager Jim Messina made the tax-returns offer to his counterpart, Matt Rhoades, in a letter on Friday. “Governor Romney apparently fears that the more he offers, the more our campaign will demand that he provide,” Jim Messina wrote.

“So I am prepared to provide assurances on just that point. If the Governor will release five years of returns, I commit in turn that we will not criticize him for not releasing more – neither in ads nor in other public communications or commentary for the rest of the campaign.”

And Jim Messina noted that the Republican candidate’s father, former Michigan Governor George Romney, had released 12 years of his tax returns during his own unsuccessful run for the presidency in 1968.

Matt Rhoades rejected the offer in an email that began: “Hey Jim, thanks for the note.

“It is clear that President Obama wants nothing more than to talk about Governor Romney’s tax returns instead of the issues that matter to voters, like putting Americans back to work, fixing the economy and reining in spending.

“If Governor Romney’s tax returns are the core message of your campaign, there will be ample time for President Obama to discuss them over the next 81 days.”

The candidate’s wife, Ann Romney, reiterated that they were “hiding nothing” in an interview with NBC News on Thursday.

“We have been very transparent to what’s legally required of us,” Ann Romney said.

“There’s going to be no more tax releases given.”

She added that releasing more information would only give their Democratic opponents more “ammunition”.

Mitt Romney has said he is following the example of Republican Senator John McCain, who released two years of returns in 2008 when running against Barack Obama.

He has said his critics would only distort his tax information if he divulged more.

Democrats have repeatedly questioned whether the former Massachusetts governor has something to hide about his estimated net worth of about $250 million.

Democratic Senate Majority Leader Harry Reid has accused Mitt Romney of not paying taxes in some years – a claim denied by the Republican.

The top tax rate for wages in America is 35%, but taxes on capital gains are lower.

Some 44% of Americans believe that raising taxes on the wealthiest would help the economy, according to a Pew Research Center Poll last month. Just 22% said they believed the opposite.

The same poll suggested that Americans believed two to one that Barack Obama’s tax proposals would make the tax system more fair.