President Donald Trump has the right to keep his tax returns private and Democrats’ demands to see them are “harassment”, his lawyer, William Consovoy, has said.

The lawyer’s statement hints at the shape of a possible future legal battle over the issue.

On April 4, a Congressional tax committee demanded to see six years of Donald Trump’s returns, saying it was necessary to ensure accountability.

Unlike previous presidents, Donald Trump has refused to publish his tax details.

President Trump has maintained his business interests during his presidency, prompting questions about possible conflicts of interest. Questions also remain about his net worth, tax profile and past financial dealings.

The Democrats gained control of the House of Representatives in mid-term elections last year, giving them the ability to launch investigations into President Trump’s administration and business affairs.

William Consovoy said the tax committee did not have a valid legislative reason to see President Trump’s tax returns.

“His request is a transparent effort by one political party to harass an official from the other party because they dislike his politics and speech,” the lawyer said of tax committee chairman Bill Neal.

William Consovoy said the request was a “misguided attempt” to politicize tax laws and could also end up interfering with audits. He said the US Treasury should not comply with the demand.

President Trump has in the past said that he is unable to release his tax returns because they were being audited by the IRS.

However, the IRS has said that he could release the returns even if they are under audit.

In February the president’s former lawyer Michael Cohen suggested during testimony to Congress that Donald Trump’s taxes were not under audit during the 2016 presidential campaign – when Donald Trump said they were.

President Trump had not wanted to release the tax returns because the resulting scrutiny could have led to an audit and “he’ll ultimately have taxable consequences, penalties and so on”. 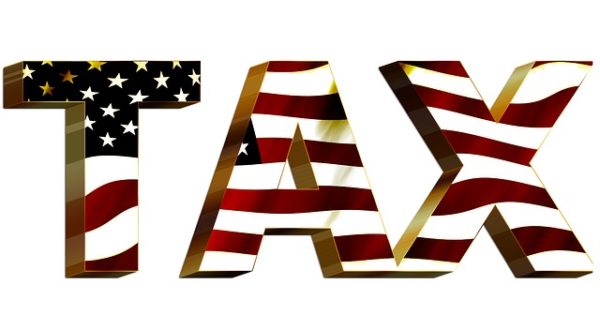 Applying for an EIN number may seem like a task you feel will be overwhelming or with loads of paperwork. However, it is actually quite the easy and fast process with IRS-EIN-Tax-ID.com! We provide an ease of service and have 24/7 customer service available to help you through the process or guide you to the proper application. If you are applying for an EIN (employer identification number) you will need to have a few things prepared and meet some requirements. With our efficient website the server will not time out and you can receive your EIN number Colorado within just a day! You won’t have to wait several weeks for processing and filing. Our service gets you what you need when you need it.

If you or your business meets any of the criteria below you will need an EIN number:

IRS-EIN-Tax-ID.com makes it simple and convenient to get an EIN online anywhere today. With no hassle and no waiting, your EIN number Virginia will be distributed to you typically within one day! All you need to do is fill out and submit the online application. Tax can be a minefield. As a small business owner, trying to get your head around the myriad of tax laws can be something of a minefield. Yes, it’s complicated. But, there are two certainties in life: death and taxes. What a sobering thought.

While it’s not our intention to put a dampener on things, getting to grips with taxation laws is imperative. After all, no one wants a visit from the tax man.

There are some basic dos and don’ts when it comes to smaller ventures and taxation laws.

Running an SME and Taxation Matters: The Basics

When you set up as a business, you need to ensure that you are au fait with the many rules of HMRC. While the laws can be complex, you can understand taxation issues better. There is a wealth of support from both HMRC and Lexis Nexis on tax matters. This can help you save time when it comes to dealing with your tax.

One of the most important things that you can do is register, online, for Corporation Tax. You must ensure that you are registered, if your company is deemed as a limited venture. You need to make sure that your Corporation Tax is active. You have a three-month period to do this within.

In the main, corporation tax is paid via the HMRC website. This means that you don’t have to appoint an accountant to deal with your tax. You can do this yourself via the web portal. You must complete a tax return and so forth within the agreed time as stated by HMRC.

This photo has been supplied by Alan Cleaver

Once you have declared your company as active, you need to ensure that you are making the right people aware of this. You need to give HMRC a vast array of information. This means that if you have traded under a Companies House service, you need to declare this to them. But, you should also endeavour to make sure that your company is registered for VAT and PAYE. This should be done at the same time. VAT taxation differs to Corporation Tax. As a general rule of thumb, you can claim some of your VAT back at the end of the tax year.  PAYE is ‘pay as you earn’ this means that pay tax at the end of the year. But, you must save the appropriate amount of tax ready to be paid within the end of the term.

Paying NI is vital. You need to ensure that this done alongside PAYE, VAT and corporation taxes. This is done according to the thresholds. Your annual turnover will be dependent on what you earn. Completing the self-assessment will help you with this.

Republican presidential candidate Mitt Romney has released his much-anticipated 2011 tax return, which shows he paid a rate of 14.1%.

The private equity tycoon has already released his 2010 tax return, for which he paid about $3 million, a 13.9% rate.

The top rate of income tax in the US is 35%, but Mitt Romney lives mainly on income derived from his investments, for which only 15% tax is payable.

Critics, including President Barack Obama, whom Mitt Romney will challenge for the White House in November, have called on him to release more tax returns.

Mitt Romney’s 2011 tax rate of 14.1% compares with a previous estimate of 15.4% for the year by his aides. The Romneys filed their 2011 return with the Internal Revenue Service on Friday after applying for an extension earlier in the year.

The campaign also released a letter from his accountants with a summary of his returns from 1990-2009, which said he paid an effective average of 20.2% over the period, with the lowest return at 13.66%.

The move came amid attempts by the Romney campaign to shift the focus of recent days away from remarks he made at a private donor dinner.

In the video secretly recorded earlier this year, he disparages Barack Obama voters, saying they pay no income tax.

Mitt Romney’s critics say he should follow the example of his father, former Michigan Governor George Romney, who released a dozen years of tax returns during his own unsuccessful run for president in 1968.

But the former Massachusetts governor has said he is following 2008 Republican White House candidate John McCain’s example of releasing two years of taxes.

As he released his 2010 return in January this year, Mitt Romney said he had paid “all the taxes that are legally required and not a dollar more”.

But according to Brad Malt, the trustee that controls Mitt Romney’s wealth as he runs for president, the Romneys donated $4 million to charity in 2011, claiming $2.25 million of it as a deduction.

“The Romneys thus limited their deduction of charitable contributions to conform to the Governor’s statement in August, based upon the January estimate of income, that he paid at least 13% in income taxes in each of the last 10 years,” Brad Malt said.

The campaign has stressed that the blind trust run by Brad Malt means that the candidate is making no decisions on how his money is invested.

Tax law experts say the release of the 2011 return – and the summary of the past 20 years – will do little to silence questions about Mitt Romney’s past tax liability, including the source of a $100 million retirement account and the tax advantages of his offshore investments.