Devin Patrick Kelley, the man who killed 26 people at the Sutherland Springs church, was armed with three guns and had argued with his mother-in-law before the rampage, officials say.

The gunman opened fire at the small church outside San Antonio during Sunday services.

Devin Patrick Kelley, 26, called his father after he was shot by an armed bystander and said he did not think he would survive.

According to officials, he was not legally permitted to own the weapons, including a semi-automatic rifle and two pistols.

Freeman Martin, the regional director for the Texas Department of Public Safety, told reporters it appeared that Devin Patrick Kelley died from a self-inflicted gunshot wound after first being shot by a “good Samaritan”.

“This was not racially motivated, it wasn’t over religious beliefs,” Freeman Martin said.

“There was a domestic situation going on with the family and in-laws,” he said, adding that Devin Patrick Kelley had sent threatening texts to his mother-in-law.

His mother-in-law, Michelle Schields, was not present during the shooting at the First Baptist Church of Sutherland Springs.

However, Michelle Schields’ mother – Lula White – was killed in the hail of bullets, according to relatives’ Facebook posts and interviews with the New York Daily News. 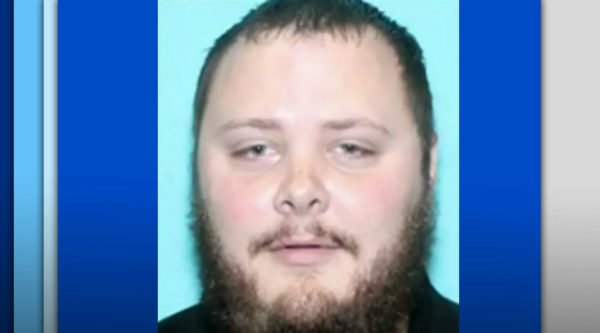 Devin Patrick Kelley fled the scene after exchanging gunfire with a local resident who heard gunshots from coming from across the road, Freeman Martin told reporters on November 6.

Johnnie Langendorff told local media that he picked up the Texas man, identified by media as Stephen Willeford, and the pair pursued Kelley in a car chase.

He said they drove at speeds of up to 95mph until the attacker lost control of his car and crashed.

Devin Patrick Kelley was later found dead inside his vehicle with what appeared to be a self-inflicted gunshot wound, police said.

Wilson County Sheriff Joe Tackitt said between 12 and 14 children were among those killed in the attack in Sutherland Springs, a small town 30 miles south-east of the city of San Antonio.

According to officials, 23 people were found dead inside the church while two people were fatally shot outside. Another died in hospital, authorities said.

Of the 20 wounded, 10 are in hospital in a critical condition.

Devin Patrick Kelley was court-martialed in 2012 after he was accused of assault against his wife and step-son. He was sentenced to 12 months’ confinement.

At least 26 people have been killed after a gunman opened fire at the First Baptist Church in Sutherland Springs, Texas, during Sunday services, police say.

Sutherland Springs is a small town in Wilson County.

The gunman, who is reported to have been killed in the aftermath, entered the church and opened fire at around 11:30 local time.

Albert Gamez Jr. said: “The details are kind of sketchy but what I know right now, what they’re telling me, like 27 deceased and over 20, 25 injured.”

“They’re talking about the shooter is dead also,” he added.

According to locals, about 50 people usually attend the service. Local media outlets reported that children were among the dead.

The gunman died after a brief car chase into nearby Guadalupe County slightly to the north, a Sherriff’s Office deputy from that county told CNN.

However, it is not clear if he was killed by police or killed himself, the spokesman said. 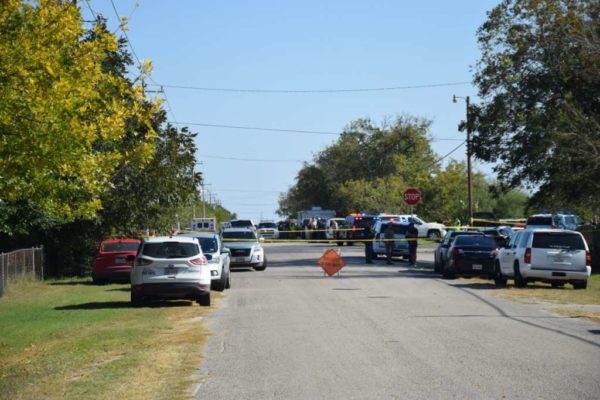 The pastor and his wife were out of town at the time, the pastor of neighboring River Oak Church told KSAT 12.

“We were in the middle of our church service down the road when we got phone calls from friends about this – and they said there was an active shooter at First Baptist Church,” he said.

“We had some first responders in our church, who immediately left and went down there. And then my church went to do what we do – we started praying… we knew the best thing we could do was stay out of the way.”

The River Oak Church pastor said people had been told some news which was “private and personal for the families that are here… we cannot release any of that”.

Sutherland Springs is a small town with just a few hundred residents, which lies about 30 miles southeast of the city of San Antonio.

The San Antonio FBI branch said its agents had been deployed, and there was no indication of the gunman’s motive.

The FBI also said that while only one shooter was reported, it was looking into other possibilities.

Photos and video from the scene showed the area taped off by local law enforcement.

A number of helicopters have arrived to transport the wounded, KSAT 12 reporter Max Massey said.

Texas Governor Greg Abbott said: “Our prayers are with all who were harmed by this evil act. Our thanks to law enforcement for their response.”

He said more details would be released by the Texas Department of Public Safety shortly.

President DonaldTrump, who is on a tour of Asia, tweeted: “May God be with the people of Sutherland Springs, Texas. The FBI and law enforcement are on the scene. I am monitoring the situation from Japan.”

The church is southeast of San Antonio between La Vernia, Floresville and Stockdale off Texas 87 at 216 4th Street.

Sutherland Springs is about 21 miles east of Downtown San Antonio and according to the latest data has a population of about 643.