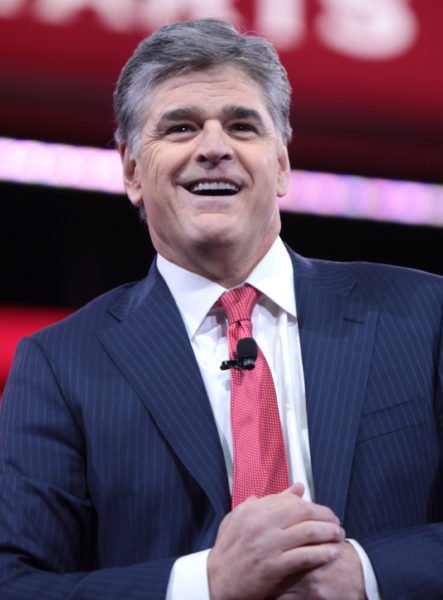 Duck Dynasty’s Phil Robertson talked to Fox News’ Sean Hannity on September 2 about the killing of two American journalists by the ISIS militants and offered his solutions for how to handle it.

“Why is it when we’re not even over there in the Middle East, why do they continue to slaughter each other?” asked Phil Robertson.

The Duck Dynasty patriarch went on Fox News show Hannity to talk about his new book, UnPHILtered, but addressed the news first.

After citing some bible passages, Phil Robertson told Sean Hannity his view of the situation.

“In this case you have to convert them, which I think would be next to impossible, I’m not giving up on them, I’m just saying convert them or kill them. One or the other.” He added that it’s not like battling a “standing country with an army. This is more like worldwide gang warfare. My opinion is we’re going to have to deal with this group way more harshly than we have up to this point”.

However, Phil Robertson’s first choice for handling ISIS would be Jesus.

“I’d much rather have a Bible study with all of them and show them the error of their ways and point them to Jesus Christ,” he said.

“However, if it’s a gunfight and a gunfight alone, if that’s what they’re looking for, me personally, I am prepared for either one,” Phil Robertson added.

Duck Dynasty‘s Willie Robertson left a 100% tip on a $5,000 bill while in Washington D.C. for Barack Obama’s State of the Union address on January 28, TMZ reported.

It appears that, when the bill came, Willie Robertson picked up the tab and left the enormous tip.

However, Mediabistro’s TVNewser claims their sources told them that it was Sean Hannity who paid the tab and the large tip.

The restaurant, which normally closes at 11 p.m., stayed open until 2 a.m. to accommodate the group’s post-State of the Union discussion.