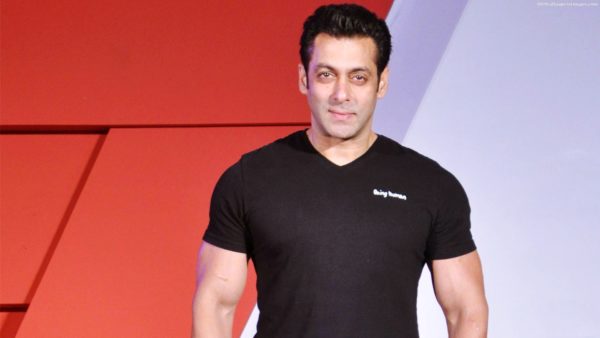 Salman Khan has confirmed his appearance at the Arab Indo Bollywood Awards (AIBA) in Dubai despite awaiting court permission to travel, the show organizer says.

The 49-year-old Bollywood star was convicted and sentenced to 5 years in jail for killing a homeless man in a hit-and-run case but was bailed pending an appeal.

Salman Khan has sought leave from the High Court of Bombay to travel to Dubai on May 29, the Press Trust of India reported.

The Arab Indo Bollywood Awards said Salman Khan confirmed his attendance last week. He is down to star in the finale.

Salman Khan is one of the most bankable stars in Bollywood with a huge fan base. He has appeared in more than 80 Hindi-language films.

The decision to suspend his sentence was welcomed by his fans but others argued that most do not have the benefit of having cases expedited in the same way.

Salman Khan was convicted of culpable homicide on May 6 and sentenced to five years.

A man was killed and four others injured in 2002 when Salman Khan ran them over as they slept on a pavement in Mumbai.

On May 8, the High Court granted Salman Khan bail and suspended his sentence pending the hearing and disposal of his appeal against the conviction.

However, the PTI reports the high court had said Salman Khan would need to seek the court’s permission to leave India.

Al Bustan Group which is organising the Arab Indo Bollywood Awards – being held for the first time – said Salman Khan confirmed he would attend last week and “there is no legal problem for him to travel abroad”.

Salman Khan would arrive in Dubai on May 28 and perform two dances. The actor is listed on the event website as being in the finale act.

Salman Khan’s application was filed on Wednesday, said PTI, and it is likely to be heard next week. A Mumbai-based tabloid has even claimed that Salman Khan and Iulia Vantur are all set to tie the knot.

Such reports are not entirely new, though. Salman Khan and Iulia Vantur were romantically linked about two years ago, too.

Although insiders insisted then that the two are just friends, gossip suggesting a romantic relationship started just because Iulia Vantur was spotted wearing a Being Human T-shirt. The tabloid report is in contrast to what Salman Khan, 47, some time ago declared to a daily. He has stated that he would never get married. The current rumors about Salman Khan’s love interest Iulia Vantur triggered off when eyewitnesses spotted the actor with the blonde Romanian in Mumbai recently. These days, 32-year-old Iulia Vantur is on a trip to India and is reportedly staying at a five-star hotel in Bandra.

While sections of the media were quick to term Iulia Vantur as the new girl in Salman Khan’s life, others speculated that the actor could be planning to launch her in a new film. There is a possibility of her getting a break on a popular TV show Salman Khan hosts.

Iulia Vantur is a well known name in the world of Romanian showbiz, as a model, TV show presenter and news anchor. Two years ago, Salman Khan is said to have been introduced to Iulia Vantur during one of his trips abroad. The two have since maintained their friendship.
As always, Salman Khan remained silent about the speculations.

Salman Khan will be charged with culpable homicide for a hit-and-run incident 10 years ago, an Indian court has ruled.

If convicted of the charge, Bollywood superstar Salman Khan could face up to 10 years in prison.

In September 2002, Salman Khan allegedly drove his car into a bakery in Mumbai city running over five people who were sleeping on the pavement.

One man was killed in the incident. Salman Khan has denied that he was driving the car at the time.

“There is enough evidence to show that the act was not incidental and hence the case should be tried under a more serious section,” Magistrate Vasant Patil said in his order.

Salman Khan will be charged with culpable homicide for a hit-and-run incident 10 years ago, an Indian court has ruled

The ruling is a setback for the actor as the original charge of homicide was lowered to “death caused by negligence”, which carried a much lighter sentence.

Salman Khan would now have to appear in court on February 11, his lawyer Dipesh Mehta said. The actor would challenge the order in the high court, he added.

Correspondents say the hugely popular and successful actor has often been described as a “bad-boy” heart-throb and is alleged to have mistreated his former actress girlfriend, Aishwarya Rai.

In 2006, Salman Khan was sentenced to five years in prison for hunting a protected deer, but he was released on bail after spending less than a week in jail.