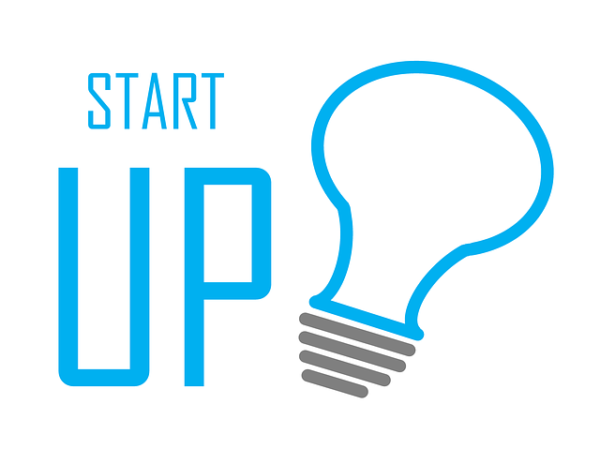 There’s a lot of chatter about how startups are changing the business world. This can be seen across industries. Pretty much anything is vulnerable to disruption by a well-intentioned startup.

In the past, starting a business meant you had a lot of starting capital to put toward building facilities. This is no longer the case in the digital age. While some businesses still require a lot of upfront money, this is no longer necessary or the norm. A startup is basically a business in its incubation period, before it has received large amounts of money and started selling on a large scale.

With lower stakes, it’s possible for entrepreneurs to fine-tune their ideas into something groundbreaking – even if the operations originate in a small studio. Of course, no one wants to stay in their dorm room or parents’ garage forever. Here are five ways to help turn a startup idea into a real business.

Have you taken a startup idea and turned it into a full-flung business on your own already? Then you probably know a few tricks of the trade. For everyone else, the best thing to do is to find somebody who has undergone the startup experience before. Preferably, this will be someone who has turned their startup into a legitimate brand.

Then again, there are benefits to learning from people who tried and failed to build out their startup. They will likely be able to tell you things that did – and didn’t – work for them along the way.

Have a Scalable Product and Idea

At the end of the day, your startup won’t be able to cut it if your product doesn’t provide something appealing to consumers. One of the most important steps in fleshing out your startup is to have a minimum viable product (MVP).

An MVP allows you to test the product in its most basic form, while receiving input from the people who are most interested in using it. By taking that feedback and incorporating it into later versions of your service or good, you will be able to create something that’s actually desirable to people. You also want to ensure that you’re making something that scalable. Consider this in terms of consumer demand, as well as production costs.

A business in today’s world needs to have a solid web presence. You don’t need to spend thousands dollars building your website—especially if you’re a startup. However, you should consider how to build a website for business. It should be easy to navigate, with the most important information or features for prospective customers or investors at the forefront.

The most affordable and flexible option is to leverage website builders catering specifically to small businesses. Services like Yahoo Small Business offer a variety of website themes than can be edited to fit your content and branding.

Be Serious About Social Media

Once you have a live website for your startup, you’ll need to build out your social media presence. Even if you don’t use Facebook or Twitter personally, you should understand that it’s a way for your brand to interact directly with consumers. This is an extremely powerful ability.

In order to really take your startup to the next level, you’ll probably want to hire a dedicated social media expert. They’ll know what’s best in terms of what and when to post. Additionally, you can work with social media influencers to extend your reach to people with interests specifically related to your startup.

It’s easy to get discouraged when you’re just starting out in the business world; especially when money is tight, staff is stressed and operations regrettably go haywire. Even some of the most successful companies find themselves in the midst of a major upheaval from time to time. The key is to not panic when these things do inevitably happen. Keep your eyes on your goals – and figure out what you have to do in order to meet those expectations.

There are few things in life more difficult than starting a business. In fact, about half of businesses fail within the first five years. Don’t let this discourage you, though. There are plenty of opportunities for people willing to put the work into building their startup into a real (and profitable) business.

NBA legend Moses Malone has died at the age of 60, according to multiple reports.

Moses Malone died in his sleep at a hotel in Virginia where he was set to play in a golf tournament, former teammate Calvin Murphy told Fox 26.

A three-time NBA MVP and one of the greatest players in professional basketball history, Moses Malone went straight to the ABA from high school in 1974 and starred in the startup league before becoming a legend when the ABA and NBA merged. Moses Malone’s greatest achievement might have come in helping lead the 76ers to the 1983 NBA title during a season in which he won his second consecutive league MVP honor and third overall as the team went 12-1 in the playoffs.

The 76ers released a statement shortly after news of Moses Malone’s death broke: “It is with a deep sense of sadness that the Sixers family mourns the sudden loss of Moses Malone. It is difficult to express what his contributions to this organization – both as a friend and player – have meant to us, the city of Philadelphia and his faithful fans. Moses holds a special place in our hearts and will forever be remembered as a genuine icon and pillar of the most storied era in the history of Philadelphia 76ers basketball. No one person has ever conveyed more with so few words — including three of the most iconic in this city’s history. His generosity, towering personality and incomparable sense of humor will truly be missed. We will keep his family in our thoughts and prayers and as we are once again reminded of the preciousness of life.”

Moses Malone remained in the league for more than a decade after that, ending his career with a brief run as a backup to David Robinson in San Antonio in 1994-95 as a 39-year-old.