Household furnishings and amenities are things that can change a lot from person to person. From the college student’s thrifted furnishings and a futon to the corporate exec’s tastefully-appointed penthouse, household items serve as a measure of the lifestyle of the dweller. Of course, not all of us can afford to live the high life, and household goods can be a place where we try to cut back. For some items, though, such as those listed below, skimping can be a big mistake.

In most places, your living room is the first thing visitors will see. Since your seating, such as couches and chairs, are the most noticeable part of this room, making a smart buy is important. While a Salvation Army couch might serve you well when you’re in your first off-campus apartment, low-cost furniture can cause problems. Not only is it unlikely to hold up, but used upholstered goods can bring parasites into your home, infesting you. Older furniture can also retain hard-to-vanquish odors. Save yourself the headache; buy new and comfortable from the start. 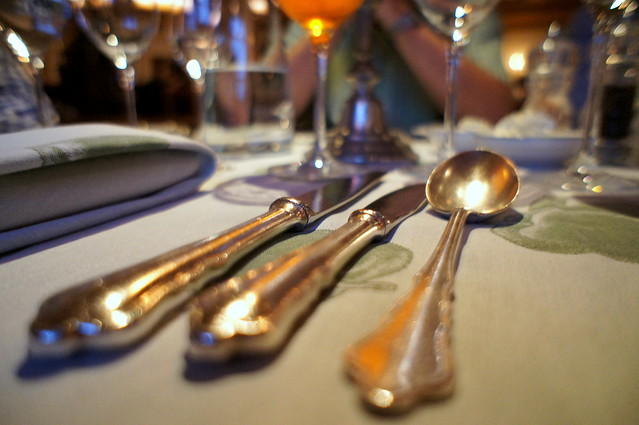 When you have guests over, you may be expected to feed them. Mismatched plates and oddly sized, rusty eating utensils will kill the mood of your dinner party quicker than anything else. Have at least one nice set of matching plates and bowls, as well as a nice set of the major utensils. Moreover, don’t neglect serving dishes like large bowls and pots. The finest meal in the world tastes a little worse coming out of a melted plastic bowl and a corroded Goodwill cooking vessel.

Nobody likes to clean. Well, some do, but they are certainly the exception. If you are not one of those lucky few, it can be tough to spend your hard-earned money on top-notch cleaning gear. That is where many mistakes are made, because old and worn equipment only makes cleaning more of a chore. Replace disposable gear like sponges regularly. Look at new vacuum cleaners rather than thrift-store models. Finally, pick a cleanser with a pleasant scent rather than the cheapest one. Investing a little can make cleaning more bearable.

One important piece of furniture is your mattress. You spend at least a third of your hours in the bedroom, so why not invest in a mattress that is comfortable and will give you the best sleep possible? The best way to pick the perfect mattress is to get a customizable one that is tailored to fit your personal needs. Mattresses like the Helix mattress are 100% customizable by the purchaser and also offer blended and split mattress types for you and your partner. Before you order the mattress, you must fill out a quiz based on the sleeper’s requirements. This includes but is not limited to mattress size, height, weight, cooling needs, firmness, and medical issues. Your results are then based on four major pillars: support, point elasticity, feel, and temperature regulation. The mattress is then made based on these specifications which is incredibly beneficial to the sleeper. Having a mattress that fits your preferences can improve overall sleep quality and help manage any pain you might experience, which allows you to receive enough rest so that you feel rejuvenated the next day. The Helix mattress review can give you an idea of the price range of these mattresses, information on the personalization process, and the materials used in these customizable mattresses.

Bargain shopping has its place, but there are some things in life you can’t skimp on. Knowing where and how much to splurge is key to making the most of your money and your time. Budget your income and spend wisely so that you can enjoy the finer things in the right places.

Withings unveiled the Aura “smart sleep” system on the eve of the Consumer Electronics Show (CES) 2014 in Las Vegas.

The maker of the set of communicating bedroom sensors that control a changing-color lamp claims to be able to wake sleepers at the best moment.

One part slides under the mattress to study the dozing owners while another screens their bedroom environment.

It is the first of more than a dozen sleep-related gadgets set to be launched at the event.

However, one expert warned it was too soon to know how much difference such devices could really make to purchasers’ health.

The light changes color from blue to yellow and red across the course of the night on the basis of research that different light wavelengths can affect the secretion of hormones.

Studies have suggested that blue light stimulates melanopsin – a pigment found in cells in the eye’s retina, which send nerve impulses to parts of the brain thought to make a person feel alert.

Blue light is also believed to suppress melatonin – a hormone made by the brain’s pineal gland which makes a person feel sleepy when its levels rise in their blood.

By switching from blue to red light – via an intermediary yellow or white stage – this process should be reversed, encouraging a feeling of sleepiness.

Space agency NASA has previously studied the phenomenon and has announced plans to install a light-color changing system of its own into the International Space Station (ISS) in 2016.

Withings’ system is being launched at a cost of $299.

Philips recently announced a competing product at the same price. Its Wake-up Light system mimics the changing conditions created by a sunrise, turning from red to bright yellow over the course of half-an-hour before sounding an alarm. However, it does not monitor the sleepers themselves.

Other sleep-related technologies on show at CES 2014 include: