Former French President Jacques Chirac has died at the age of 86.

The former president was the statesman who championed the European Union, but whose later years were blighted by corruption scandals.

Jacques Chirac served two terms as president and twice as PM, and took France into the single European currency.

On September 26, the French National Assembly observed a minute’s silence in his memory.

Jean-Claude Juncker, the president of the European Commission and former Luxembourg PM, said he was “moved and devastated” to learn the news.

President Emmanuel Macron was expected to speak on TV at 20:00 local time to pay tribute to his late predecessor.

Former French President François Hollande also paid homage to Jacques Chirac: “I know that today, the French people, whatever their convictions, have just lost a friend.”

Another former French President, Nicolas Sarkozy, said on learning the news: “A part of my life has disappeared today”, adding that Chirac “embodied a France faithful to its universal values.”

Jacques Chirac was born in 1932, the son of a bank manager. He served as head of state from 1995 to 2007 – making him France’s second longest serving post-war president after his Socialist predecessor Francois Mitterrand.

His health steadily deteriorated after he stepped down until his death on September 26.

Jacques Chirac also served as the French prime minister, but he was beset by a series of corruption scandals. In 2011, he was convicted of diverting public funds while serving as the mayor of Paris.

Despite his failings, Jacques Chirac won widespread support for his fierce opposition to French involvement in the Iraq War, and for being the first leader to recognize France’s role in the war-time deportation of Jews.

Among Jacques Chirac’s major domestic political reforms was a reduction of the presidential term of office from seven to five years, and the abolition of compulsory military service.

He moved during the course of his career from anti-European Gaullism to championing the European project and an EU constitution that was then rejected by the majority of French voters.

In 2005, Jacques Chirac suffered a stroke, and in 2014, his wife Bernadette said he would no longer speak in public, noting he had memory trouble.

France’s ex-President Nicolas Sarkozy is being held for questioning by the police over allegations that he received campaign funding from the late Libyan leader Col Muammar Gaddafi.

Police are investigating alleged irregularities over the financing of his 2007 presidential campaign.

The former president failed in a bid to return to power in 2012. 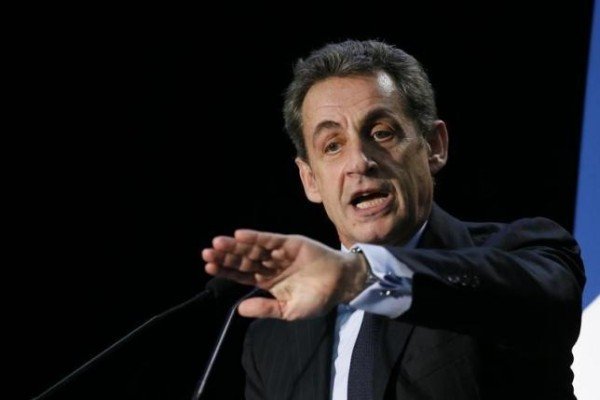 According to judicial sources, Nicolas Sarkozy was being questioned in Nanterre, a suburb in western Paris.

In 2013, France opened an investigation into allegations that Nicolas Sarkozy’s campaign had benefited from illicit funds from Muammar Gaddafi. Nicolas Sarkozy has denied wrongdoing.

The sources said one of Nicolas Sarkozy’s former ministers and a close ally, Brice Hortefeux, was also being questioned by police on March 20.

The allegations came from a French-Lebanese businessman, Ziad Takieddine, and some former Gaddafi regime officials.

The centrist candidate defeated far-right candidate Marine Le Pen by about 65.5% to 34.5% to become, at 39, France’s youngest president, the results show.

Emmanuel Macron will also become the first president from outside the two traditional main parties since the modern republic’s foundation in 1958.

He said that a new page was being turned in French history.

Emmanuel Macron said he had heard “the rage, anxiety and doubt that a lot of you have expressed” and vowed to spend his five years in office “fighting the forces of division that undermine France”.

He said he would “guarantee the unity of the nation and… defend and protect Europe”. Security remains tight in Paris and there were reports of police firing tear gas at several hundred anti-capitalist protesters near the Ménilmontant metro in the 20th arrondissement.

The Macron team said that the new president had had a “cordial” telephone conversation with Marine Le Pen.

In a speech Marine Le Pen thanked the 11 million people who had voted for her. She said the election had shown a division between “patriots and globalists” and called for the emergence of a new political force.

Marine Le Pen said her National Front party needed to renew itself and that she would start the “deep transformation of our movement”, vowing to lead it into upcoming parliamentary elections.

She also said she had wished Emmanuel Macron success in tackling the “huge challenges” facing him.

President François Hollande congratulated Emmanuel Macron and said the result showed the French people wanted to unite around the “values of the republic”.

Initial figures suggested the turnout was lower than the past two elections.