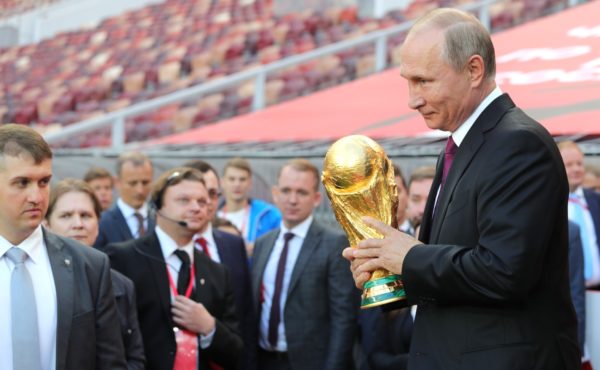 Brazil will face Croatia in the opening game of the 2014 World Cup tournament in Sao Paulo on June 12.

In a replay of the 2010 final, Spain face the Netherlands in a Group B clash in Salvador the next day. FIFA has unveiled “Brazuca” – its official match ball for the 2014 World Cup in Rio de Janeiro.

The official match ball made by Adidas was named “Brazuca” in 2012 following a public vote in Brazil which involved more than one million fans.

Brazuca’s design is said to be “inspired by vibrant colors, passion and heritage of Brazil”. Its name is a term used by natives of the country, meaning “Brazilian” or to describe the Brazilian way of life.

Brazuca’s design is said to be inspired by vibrant colors, passion and heritage of Brazil

The ball was unveiled during a spectacular 3D event held at the iconic Parque Lage in Rio de Janeiro, but went through a rigorous two-and-a-half-year testing process which involved more than 600 of the world’s top players.

Players such as Lionel Messi, Iker Casillas, Bastian Schweinsteiger and former France international Zinedine Zidane were all involved in the process and have since signed off on its use for next year’s World Cup.

Adidas say the technology used will “meet and exceed all FIFA metrics” and will “ensure top performance for every condition”.

“A new structural innovation with a unique symmetry of six identical panels alongside a different surface structure will provide improved grip, touch, stability and aerodynamics on the pitch. Brazuca has been thoroughly tested to meet and exceed all FIFA metrics for an official match ball, ensuring top performance for every condition,” an Adidas statement read.

Three people have died in an accident at Sao Paolo’s Itaquerao stadium that is due to host the opening ceremony of the 2014 World Cup football.

A senior local fire official said crews were called to the Arena Corinthians after reports of a collapsed crane.

It fell on top of a metal structure, destroying parts of a stand.

The arena was due to be completed at the end of December to meet a FIFA deadline. Brazil has admitted it is struggling to have all 12 venues ready.

TV footage showed the huge metal structure buckled on top of the stadium, which is also known as Itaquerao.

Part of the stand – believed to be in the southern sector – was damaged. A LED panel outside the venue was also hit.

Rescue teams are checking the site to see if there are more victims.

Corinthians, the club that will move into the new stadium, said in a short statement that it “deeply regrets the accident”.

FIFA President Sepp Blatter said he was “deeply saddened by the tragic deaths”.

Secretary General Jerome Valcke said: “Extremely shocked by the news from Sao Paulo. Our thoughts are with the families of the victims of this accident.”

The venue is being built by Brazil’s Odebrecht company, who recently said the arena was about 94% ready.

Six of Brazil’s stadiums – including Itaquerao – are not yet ready for the World Cup next summer.