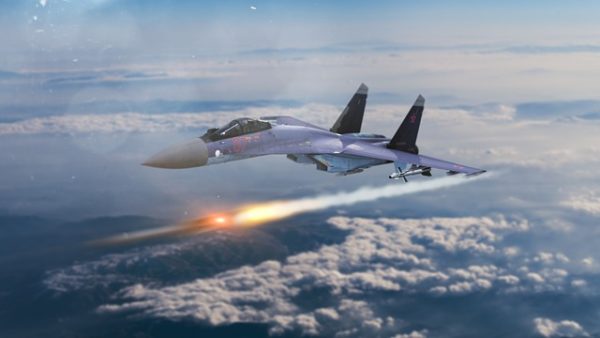 The US is imposing new tariffs on $200 billion of Chinese goods as it escalates its trade war with Beijing.

The measure will apply to almost 6,000 items, marking the biggest round of US tariffs so far.

Handbags, rice and textiles will be included, but some items expected to be targeted such as smart watches and high chairs have been excluded.

The Chinese commerce ministry responded to the move by saying it had no choice but to retaliate but is yet to detail what action it will take.

The US taxes will take effect from September 24, starting at 10% and increasing to 25% from January 1, 2019, unless the two countries agree a deal.

President Donald Trump said the latest round of tariffs was in response to China’s “unfair trade practices”.

He said: “We have been very clear about the type of changes that need to be made, and we have given China every opportunity to treat us more fairly. But, so far, China has been unwilling to change its practices.”

President Trump also warned that if China retaliated then the US would “immediately pursue phase three” and impose further tariffs on another $267 billion worth of Chinese products.

Such a move would mean almost all of China’s exports to the US would be subject to new duties.

After opening lower, the Shanghai stock market ended the day 1.8% higher, while Tokyo was up 1.4% and Hong Kong gained 0.6%.

In July, the White House increased charges on $34 billion worth of Chinese products. Then last month, the escalating trade war moved up a gear when the US brought in a 25% tax on a second wave of goods worth $16 billion.

According to new reports, the US is considering 25% tariffs on $200 billion of Chinese goods, much higher than the 10% it previously indicated it might impose.

The plan could be announced as early as August 1, but a higher tariff was not finalized, sources told media.

The measure would risk further escalating tensions between the US and China which are already mired in a trade war.

Last month, the US published a list of $200 billion worth of additional products to be taxed as early as September.

The list named more than 6,000 items including food products, minerals and consumer goods such as handbags.

The US opened fire in a trade war with 25% tariffs on $34 billion of Chinese goods, and China retaliated in kind.

US threats have escalated since, with President Donald Trump saying he is ready to slap tariffs on all $500 billion of Chinese imports.

The US accuses China of intellectual copyright theft and wants to bring down its lofty trade deficit with the world’s second largest economy.

However, the trade dispute is also seen as part of a broader tug of war between the two powerhouses for influence on the world stage.

On July 30, Secretary of State Mike Pompeo announced a plan to spend $113 million in Asia, a move that was widely seen as an attempt to counter China’s growing influence in the region.

According to Bloomberg, which was the first to report the news of the higher tariffs, US and Chinese officials were having private conversations as they sought to resume negotiations.

The US is also expected to soon announce tariffs on the remaining $16 billion of the $50 billion of Chinese goods the US originally planned to tax.

A public hearing on the second round of tariffs took place last week and the USTR has a July 31 deadline for post-hearing comments.

President Donald Trump has threatened $100 billion more in China tariffs, in an escalation of a tense trade stand-off.

These would be in addition to the $50 billion worth of US tariffs already proposed on hundreds of Chinese imports.

The president’s proposal comes after China retaliated to that by threatening tariffs on 106 key US products.

The tit-for-tat moves have unsettled global markets in recent weeks.

According to analysts, a full blown trade war between the US and China would not be good for the global economy or markets – and that ongoing behind-the-scenes negotiations between the two giants were crucial.

However, market reaction in Asia trade on April 6 suggested investors were not too troubled by the latest twist, and that trade war fears were somewhat exaggerated.

In China, Hong Kong’s Hang Seng was in positive territory, up 1.3%. Japan’s benchmark Nikkei 225 was also trading higher in the afternoon session.

The US announced it would impose import taxes of 25% on steel and 10% on aluminum. The tariffs would be wide ranging and would include China.

China responded this month with retaliatory tariffs worth $3 billion of its own against the US on a range of goods, including pork and wine. The Chinese government said the move was intended to safeguard its interests and balance losses caused by the new tariffs.

Meanwhile, there had been rumblings the US was preparing to slap between $50 billion and $60 billion worth of tariffs on Chinese-made goods in response to unfair Chinese intellectual property practices, such as those that pressure US companies to share technology with Chinese firms.

The draft details of those import taxes were released last week when the US set out about 1,300 Chinese products it intended to hit with tariffs set at 25% worth some $50 billion.

China responded swiftly by proposing retaliatory tariffs, also worth some $50 billion, on 106 key US products, including soybeans, aircraft parts and orange juice. This set of tariffs was narrowly aimed at politically important sectors in the US, such as agriculture.

On April 5, President Trump’s branded that retaliation by Beijing as “unfair”.

In a statement, he said: “Rather than remedy its misconduct, China has chosen to harm our farmers and manufacturers.

“In light of China’s unfair retaliation, I have instructed the USTR (United States Trade Representative) to consider whether $100 billion of additional tariffs would be appropriate… and, if so, to identify the products upon which to impose such tariffs.”

The president said he had also instructed agricultural officials to implement a plan to protect US farmers and agricultural interests.

China has initiated a complaint with the World Trade Organization (WTO) over the US tariffs, in what analysts say is a sign that this will be a protracted process.

The WTO circulated the request for consultation to members on April 5, launching a discussion period before the complaint heads to formal dispute settlement process.

Meanwhile, under US law, the proposed set of tariffs against about 1,300 Chinese products must now go under review, including a public notice and comment process, and a hearing.

The hearing is scheduled at the moment for May 15, with post-hearing filings due a week later.