Dengue, chikungunya, and Zika, are transmitted by their common vector, Aedes, which is found mostly in tropical regions.  The virus is found in the salivary gland of the mosquito and can be transferred to humans when an infected mosquito bites.

There are a number of climatic and environmental factors influencing the transmission and dynamics of transmission, such as the immunity factor in humans and the interaction between the pathogen and the host.

Dengue, chikungunya and Zika, all of them have common symptoms that make it difficult to diagnose it. Zika, chikungunya and dengue viruses share the same mosquito vector. Their symptoms and signs are also similar, which makes it indistinguishable even in the clinical grounds. Nevertheless, there are a few differences which can help in differentiating the diseases and prevent any kind of misdiagnoses. Caripill dosage is given to patients for immediate relief. The medicine is made from papaya leaf extracts, and it does not have any side effects.

The symptoms of Chikungunya can confuse anyone with the critical phase of dengue, and this often leads to misdiagnosis. Commonly, the symptoms include a rash, fever, joint, and muscle pain. As of now, there is no particular vaccine that curbs the disease and that is why treatment is directed towards reducing the symptoms.

For instance, dengue-infected patients need to be checked for hemorrhagic fever. And chikungunya patients should be checked and treated for post-infectious chronic arthritis and acute arthralgia. And for Zika virus infection needs special care as it can result into birth defects during pregnancy.

Simply put, Dengue, chikungunya and Zika viruses can cause serious health issues with almost similar clinical images. And it requires specific treatment to manage the patient and the complications resulting from the disease.

However, a misdiagnosis can have a huge effect on the overall treatment, how the signs and symptoms are relieved and can result in serious complications.

Misdiagnosis can be prevented with the help of the diagnostic procedures. However, if you are aware of the underlying symptoms of all the three diseases, it might help in the correct diagnoses of the disease.

Let’s have a look at the symptoms of all the three diseases to make it easier for you to comprehend on your own. 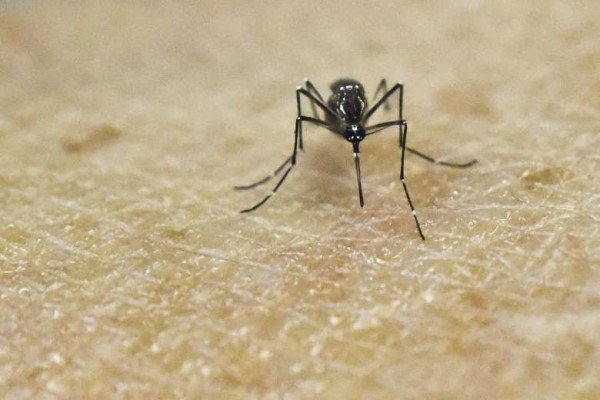 Chikungunya is widespread is the majority of the countries in Asia, Africa and Europe. The symptoms of chikungunya can show up between 3 and 7 days of being bitten by the mosquito.

How to Know If You Have Chikungunya?

Some of the common symptoms include-

In some cases, people recover fully. Whereas in some cases, the joint pain can last for weeks and months and even 3 years, depending on the condition of the disease.

Chikungunya is not considered as a fatal disease, but sometimes it can result into serious complications in children, elderly people and people with lower immunity.

As per the WHO reports, the incubation period of Zika virus disease is approximately between 3 and 14 days.

In most of the cases, infected people do not get any symptoms. However, some of the common signs are muscle pain, rash, fever, and headache lasting from more than 2 to 7 days.

Pregnant women infected with Zika virus need immediate medical treatment to avoid any complications in the baby within the womb.

Some of the common symptoms of Zika virus infection include:

Sometimes, the disease might result in the following symptoms

The symptoms of Zika virus are usually mild and most of the patients recover fully without any major complications.

How to Detect Dengue Fever?

It is a viral infection that is transmitted by a mosquito bite (infected mosquito). The infections can result in minor and major symptoms. If not diagnosed and treated properly, it can be fatal also.

Proper diagnosis is important to prevent deaths. As per the WHO reports, almost half of the world’s population is vulnerable to this disease. Approximately, 5 lakh people with severe dengue symptoms require hospitalization every year. And, it results in 2.5% deaths out of all the cases every year.

The period of incubation ranges between 3 and 14 days after being bitten by an infected mosquito.

Some of the common symptoms include:

Mild symptoms of dengue can sometimes be mistaken with a viral infection and common flu. People with low immunity and believed to be at a higher risk of developing dengue hemorrhagic fever. It is a rare condition resulting in hemorrhage bleeding, and even shock and death within 24 hours. It is called dengue shock syndrome).

It is important to diagnose Dengue, Zika, and Chikungunya as there is no particular cure for these diseases.  It depends on the patient’s immune system and how he is able to fight the symptoms.

Timely diagnosis and the right treatment can helps to relive the symptoms.

There is no commercial vaccine for these infections. Any exposure to mosquitos should be avoided in the initial days of catching the infection. It will avoid spreading it further to other people. And, do not attempt to treat the disease with non-steroidal anti-inflammatory drugs (NSAIDs) and aspirin as it will increase the risk of the hemorrhagic syndrome.
If you feel any of the above-mentioned symptoms, you must seek medical help.