The city of Aspen is swapping its annual 4th of July fireworks display for a drone show – because of a wildfire risk in the drought-hit area.

According to officials, fifty drones will light up the night sky in patriotic colors to mark Independence Day.

The Drone Light Show is being organized in Aspen’s Wagner Park by the Aspen Chamber Resort Association (ACRA). 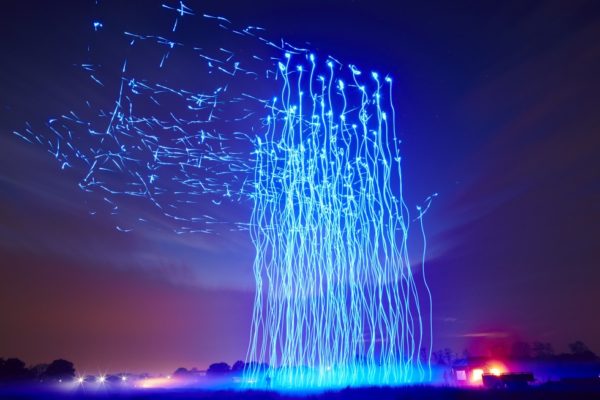 ACRA has invited the public to “watch the drones light up the sky choreographed to patriotic music”.

Spokeswoman Melissa Wisenbaker was quoted as saying: “We had to come up with a highlight for our celebrations so we’re doing a drone show. It should be fun, a bit new age.

“If we are having these increased fire dangers and risks every year, then we would like to have alternatives so people can end the night on a good note.”

ACRA may have been influenced by a spectacular drone show during the Winter Olympics 2018 ceremony in Pyeongchang.

A swarm of unmanned aerial machines then formed the five Olympic rings in mid-air.

However, the organizers later said the spectacular sight of 1,218 drones in the sky was pre-recorded because of “possible freezing weather and strong winds”.