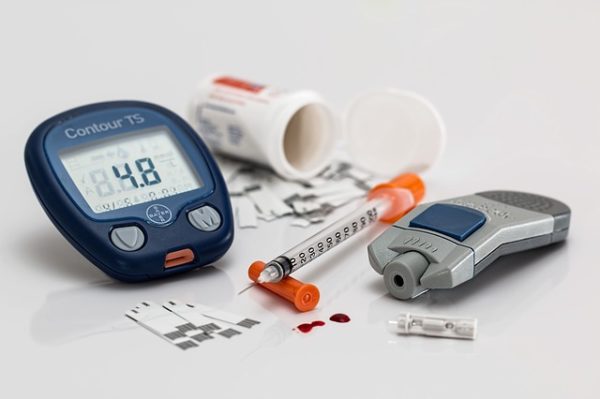 Like it or not, we aren’t immortal, and our bodies go through a process of wear and tear as we get older.  It’s therefore a good idea to have a quick check-up from time to time; and what better time than the New Year to book in for some routine check-ups.

Unlike a medical check-up at work, which you just want to sail through – particularly if it’s something like a drugs test… when looking at your personal health it’s best to have things flag up as early prevention makes most conditions much more treatable.  However, you may want to get a second opinion, as for example, there are 12 Things That Can Make You Fail A Drug Test such as tonic water due to the quinine in it – which goes to show that modern tests, just like doctors, are not infallible and it’s always best to get a second opinion.

The majority of people today, particularly given the intensive use of computers, televisions, and mobile devices we all use require a little help to correct their sight; as we age the health of our eyes can start to deteriorate so it’s good to have a check-up, not just for glasses, but to confirm your holistic optical health and rule out conditions such as glaucoma.

The good news is hearing evaluations are one of the less invasive tests required, yet so many of us begin to lose the edge of our ability to hear others, which leads to severe and totally unavoidable communication issues.  The ability to communicate is so important, and if you are struggling with your hearing, then it’s a good idea to get a quick test – as it’ll be over in a jiffy and could save a lot of embarrassment down the line.  The other thing to note is that some hearing aids are now totally hidden within the ear itself.

Many of us fear visiting the dentist, and perhaps this is for good reason on the basis that nobody likes the invasive feeling of having fingers crammed into one’s mouth and sharp implements prodded around the gums resulting in the inevitably metalic taste of blood – but it’s much better to keep your oral health in check, rather than only access dentistry due to a problem such as toothache.

Given the processed diets we often find ourselves living on, out of convenience, a lot of us suffer with high levels of cholesterol  – which results in the arteries beginning to clog up, become furry, and eventually harden.  This is a major cause of heart disease, and if you do have high cholesterol, it’s something that should be addressed by a change in diet, sooner rather than later.  You can even order self-testing kits to measure your own cholesterol levels online.

We all feel a little timid to get sensitive parts of ourselves tested; particularly for something as significant as prostate cancer or breast cancer; but there’s no benefit in burying your head in the sand – as, unfortunately, ignorance is not bliss.

According to statistics, today, as many as 1 in 2 people will develop cancer at some point in their lives.  Of course, healthy living is the best tool to keep cancer at bay, but if you have reason to suspect something it’s best to get checked out.  The likelihood is you’ll have the all clear and benefit from a greater sense of peace of mind; but if something does come back positive, at least you are in the empowered position to treat it promptly; which is going to provide a much better outcome than leaving it for months or even years.

In summary prevention is better than cure, but in the alternative to this, early detection is going to seriously improve the chances of treating the issue with optimal results.