This year’s Nobel Prize for Economics has been awarded to American economist Richard Thaler, one of the founding fathers of behavioral economics.

Judges said Richard Thaler, 72, had demonstrated how “nudging” – a term he coined – may help people to exercise better self-control.

He will receive 9 million Swedish krona from the committee.

“I will try to spend it as irrationally as possible!” Richard Thaler said. 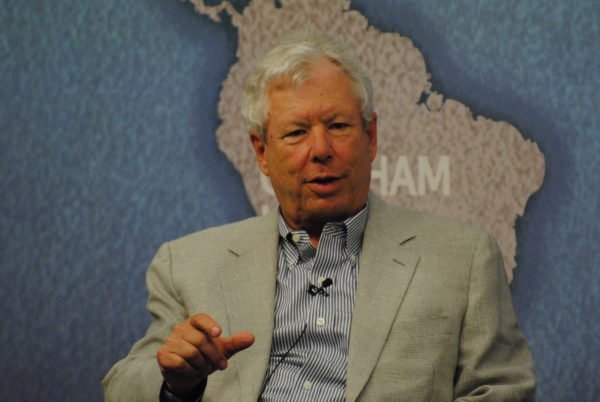 “Richard Thaler’s findings have inspired many other researchers coming in his footsteps and it has paved the way for a new field in economics which we call behavioural economics,” Per Stroemberg said.

In particular, his work looked at how to “nudge” people into doing more long-term planning, such as saving for a pension.

Richard Thaler also made a cameo appearance in the Hollywood movie, The Big Short, explaining the complex financial instruments that led to the financial crisis of 2007 and 2008.

It is the final Nobel to be announced this year, after prizes for medicine, physics, chemistry, literature and peace were awarded last week.

To date the US has dominated the prize, with American economists accounting for roughly half of laureates since it started. Between 2000 and 2013, American academics won or shared the prize every year.