Watching television shows, movies, and Internet videos on your TV has never been easier thanks to Roku 3. This all-access device is starting to make cable, satellite, and even over-the-air stations a bit nervous. Check out the five ways Roku 3 will change your streaming experience. 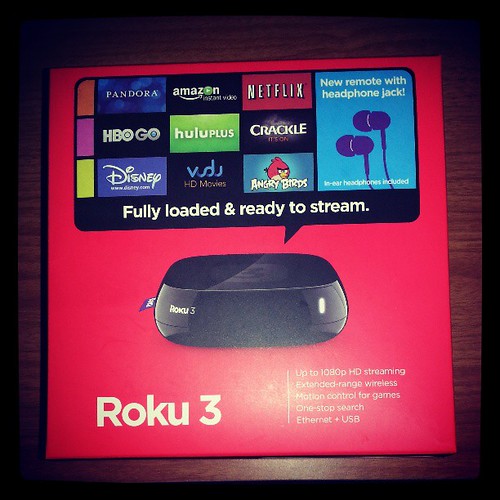 With Roku 3, you’ll have access to a very broad range of channels and content providers. Unlike cable where you buy a channel bundle that may include several channels you never watch, Roku 3 lets you pick which channels you want. Channels include big names such as Netflix, Hulu, Major League Baseball TV, and HBO.

Beyond the well-known brands, have fun sampling other content providers. For example, some popular tourist destinations offer their own channels with fun videos. Think beyond TV show shows and movies. Use your TV to watch comedic material from Funny or Die, or enjoy listening to your favorite radio station, even if it’s in another city, with Tune In. Spend hours diving into the depth of content that’s available to stream through your Roku.

Most content available through Roku 3 is on demand. That means you watch it on your schedule, not when it’s broadcast or shown on cable. This changes the way you watch television shows because you no longer have to view episodes in order. While you’ll probably still want to watch “Downton Abbey” episodes in sequential order, choose whichever episode of “How It Works” that piques your interest.

Before the Roku, there weren’t many devices that allowed you to stream TV or movies, listen to music, and play games all with a single unit. However, Roku makes it possible to do all three using one device and one remote. This means you’ll spend less time switching between your equipment and more time watching or doing the things you love. This is one more reason Roku has developed such a strong following: It brings together many functionalities in a single device.

When you have friends or family over to your home, enjoy showing off photos of the kids or the fun you had on your last vacation with a photo slide show on your TV. It’s simple to do with the Roku app for your smartphone that puts your photos on the flatscreen.

Make sure you have reliable, fast Internet access, such as the 4G from CLEAR internet plans, so you can completely enjoy the streaming experience of Roku 3. Earlier versions of this technology took a bit of time to load content, or even pull up a different channel, but the latest iteration of Roku is built for speed.

The speed of this device may deal a fatal blow to Redbox, the DVD rental’s last ditch effort to make a comeback. With many new releases available to rent from Vudu for viewing via Roku streaming, you may have just watched your last rented DVD.

As Roku keeps introducing better, faster devices, all other traditional distributors of content such as cable,satellite, and DVD rental companies should pay attention, and probably start to worry.