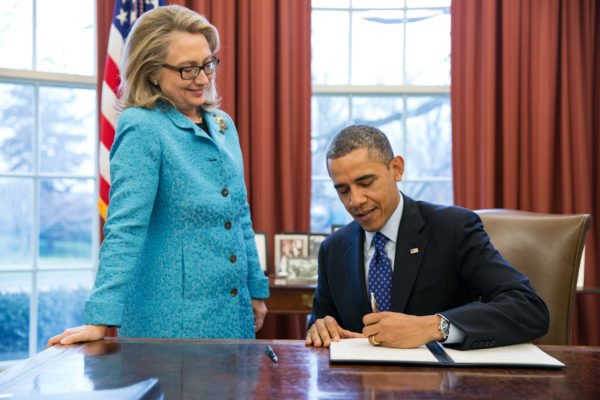 According to officials, suspected explosive devices have been sent to top Democrats including former President Barack Obama and ex-Secretary Hillary Clinton, as well as CNN.

The devices are suspected to be pipe bombs.

Law enforcement officials told media that the device discovered at CNN on October 24 appears to be similar to the one found at George Soros’ Bedford home on October 22.

CNN’s New York office was evacuated after a suspected bomb was sent to their mailroom.

President Donald Trump said that these threats “have no place in America”.

Speaking at the White House, President Trump said that he has been briefed by the FBI and “a major federal investigation is now under way”.

He said: “The safety of the American people is my highest and absolute priority.

“In these times we just have to unify. We need to come together and send one very clear unmistakable message that threats or acts of political violence of any kind have no place in America.”

New York Mayor Bill de Blasio decried the attempted attacks as “an act of terror attempting to undermine our free press and leaders of this country”.

The FBI in New York said they were aware of the suspected packages, and that their Joint Terrorism Task force is aiding in the investigation.

The packages to Barack Obama and Hillary Clinton were intended to arrive at their residences.

FBI Special Agent Bryan Paarman told reporters the device for John Brennan, which appeared to be live, had been sent to CNN’s mailroom.

One of the packages sent had listed Congresswoman Debbie Wasserman Schultz, the former chairwoman of the DNC, as the sender.

According to reports, the package intended for Eric Holder was sent to an incorrect address and returned to the congresswoman’s office in Sunrise, Florida.

A statement from the Secret Service said that the package addressed to Hillary Clinton was recovered late on October 23.

“Early this morning, October 24, 2018, a second package addressed to the residence of Former President Barack Obama was intercepted by Secret Service personnel in Washington, DC,” the statement adds.

“Both packages were intercepted prior to being delivered to their intended location. The protectees did not receive the packages nor were they at risk of receiving them.”

These attempted attacks come two days after a confirmed pipe bomb was discovered in a mailbox at the home of George Soros, who has been criticized by right-wing groups for supporting liberal causes.