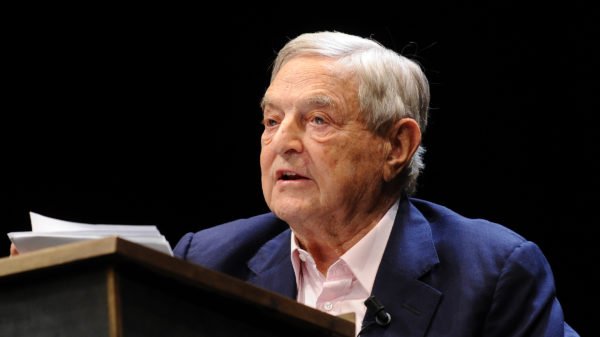 The letter was discovered in a post box by one of George Soros’ employees who alerted the authorities before taking it to a nearby wooded area, police say.

The incident on October 22 is now being investigated by the FBI.

George Soros, 88, has become a frequent target for criticism by right-wing groups due to his support for liberal causes.

According to reports, the Hungarian-American businessman was not at his home at the time of the incident.

A Bedford Police Department official told the New York Times: “An employee of the residence opened the package, revealing what appeared to be an explosive device.”

According to officials, police received a call about a suspicious package at about 15:45 local time.

FBI New York tweeted: “We are conducting an investigation at and around a residence in Bedford, NY. There is no threat to public safety, and we have no further comment at this time.”

The billionaire philanthropist has spent billions of his own money funding human rights projects and liberal democratic ventures around the world and has been a large donor to the Democratic Party.

Right-wing conspiracy theorists and websites have accused George Soros of secretly engineering a range of recent events in US and global politics.

They have alleged George Soros was involved in recruiting crowds for the anti-Trump Women’s March and even organizing violence in Charlottesville to undermine the country’s political right wing.

George Soros has also become a political target worldwide for nationalists and populists, who paint him as a master manipulator of democracy.