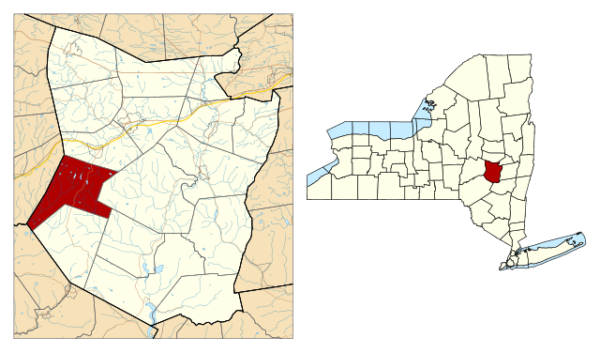 The vehicle was taking people to a party.

All 18 people in the limousine died along with two pedestrians in the incident on October 6 in the town of Schoharie, police confirmed.

Witnesses described seeing the SUV-style limousine shoot across a junction and hit another car before hitting the pedestrians.

The cause of the crash is unclear.

Officials did not name the victims, but a New York Times report says that they include four sisters and at least two pairs of newlyweds. All those killed were adults, police say.

According to Robert Sumwalt, the chairman of the National Transportation Safety Board (NTSB), t is America’s deadliest transport crash since 2009.

Initial reports suggested the limousine had been taking the group to a wedding reception but later reports said they were travelling to a birthday party.

On October 7, New York police said that the passengers in the car, described as a 2001 Ford Excursion, would not have been required to wear seatbelts.

The driver was also killed in the crash, they said.

Mercedes Williams, a reporter for local news site Spectrum News, tweeted images and footage from the scene of the incident, which took place near a store and cafe on routes 30 and 30A in Schoharie County.

The images show a long line of emergency services vehicles lining the roads, which were closed to traffic.

Authorities have said they expect investigators to be at the scene for at least five days.

Police said that a phone line had been set up to help assist relatives of the victims.

The NTSB is sending a team of investigators.

The location of the intersection is said to be in a hilly region and local authorities had only recently banned large trucks from using sections of the route.