According to recent reports, President Donald Trump is set to reverse the Obama-era policies promoting diversity in universities, known as affirmative action.

The move comes as Harvard University faces a discrimination lawsuit alleging it limits admissions for Asian-Americans.

In 2016, the Supreme Court had ruled in favor of affirmative action.

The Trump administration is expected to tell schools not to consider race in the admissions process, discontinuing the policy former President Barack Obama adopted to promote more diversity at colleges and high schools.

Academic affirmative action, which involves favoring minorities during the admissions process in order to promote campus diversity, has long proved controversial in the US.

The lawsuit against Harvard currently filed by the Students for Fair Admissions alleges that the college holds Asian-American applicants to an unfairly high admissions standard.

In April, the DoJ called for the public disclosure of the Ivy League college’s admissions practices.

Harvard argues it “does not discriminate against applicants from any group, including Asian-Americans”.

According to the university website, Asian-Americans currently make up 22.2% of students admitted to Harvard. 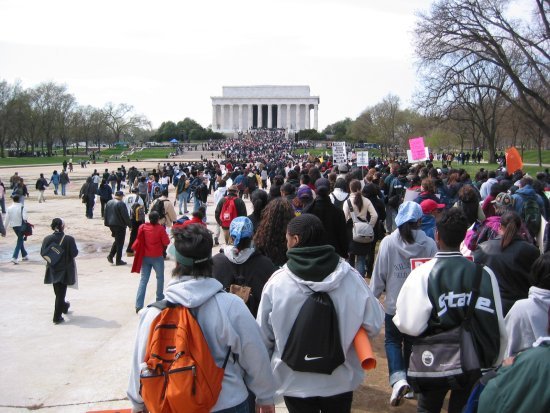 The guidelines, jointly issued by the education and justice departments under President Barack Obama, encouraged universities to promote diversity on campuses.

It features ways to encourage diversity, including granting admission preferences to students from certain schools based on demographics and considering a student’s race “among other factors in its admissions procedures”.

The Bush-era guidance had been removed from the government website during the Obama administration, but it has since reappeared.

Education Secretary Betsy DeVos told the Associated Press she would not debate or discuss the matter of race and college admissions.

According to a Pew Research Center study, 71% of Americans surveyed in October 2017 have a positive view of affirmative action.

It took shape during the height of the civil rights movement, when President Lyndon Johnson signed a similar executive order in 1965 requiring government contractors to take steps to hire more minorities.

Colleges and universities began using those same guidelines in their admissions process, but affirmative action soon prompted intense debate in the decades following, with several cases appearing before the Supreme Court.

The Supreme Court has outlawed using racial quotas, but has allowed colleges and universities to continue considering race in admitting students.