King Maha Vajiralongkorn of Thailand has been granted full, personal ownership of royal assets thought to be worth at least $30 billion.

Following a change in the law last year, the Crown Property Bureau, which controlled the royal fortune on behalf of the monarchy, transferred ownership of the assets.

It means taxes are liable on royal assets for the first time.

The 65-year-old king succeeded his much-revered father King Bhumibol Adulyadej, who was the world’s longest-reigning monarch when he died in October 2016.

Thailand has strict lese majeste laws, which ban criticism of the monarchy. The laws have also shielded the royal family from public view and scrutiny. 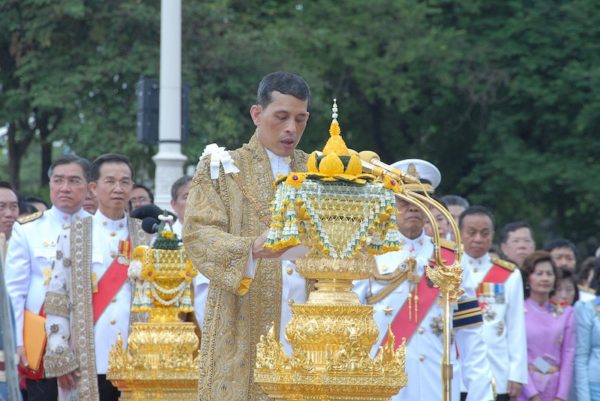 In a statement, the Crown Property Bureau (CPB) said it was required “to return whatever asset of the Crown property previously under its charge to His Majesty so that His Majesty may take decisions on all matters pertaining to their charge and management at his discretion”.

The assets include shares in various companies.

The Crown Property Bureau’s statement went on to say: “His Majesty made the decision to make the ‘Crown Property Assets’ be subject to the same duties and taxation as would assets belonging to any other citizen.”

The CPB also pledged to ensure the management of assets would be “transparent and open to scrutiny”.

It has been managing royal assets since it was established in 1938 and, until now, has been run by at least four royally-appointed directors and included the minister of finance.

The extent of the CPB’s wealth is not known. In 2012, Forbes magazine estimated the CPB’s value in property and other investments came to more than $30 billion.

Stock exchange data in March showed King Vajiralongkorn acquired a nearly $150 million stake in Siam Cement Group Pcl and, in October, shares worth over $500 million in Siam Commercial Bank were transferred to the king, Reuters reports.