The New Yorker magazine published a report quoting the women, two of them his ex-girlfriends, who accused the 63-year-old of hitting them.

Eric Schneiderman has been a vocal supporter of the #MeToo movement against harassment and a fierce opponent of President Donald Trump.

In a statement, Eric Schneiderman, who “strongly contests” the allegations, said: “In the privacy of intimate relationships, I have engaged in role-playing and other consensual s**ual activity.

“I have not assaulted anyone. I have never engaged in non-consensual s**, which is a line I would not cross.”

He also said: “While these allegations are unrelated to my professional conduct or the operations of the office, they will effectively prevent me from leading the office’s work at this critical time.” 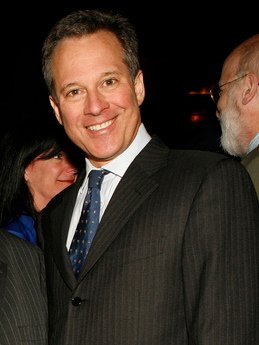 Eric Schneiderman became attorney general in 2010 and had intended to run for re-election to the post this year.

New York Governor Andrew Cuomo had called for his resignation, following the reports.

The governor said: “No-one is above the law, including New York’s top legal officer.

“I do not believe it is possible for Eric Schneiderman to continue to serve as attorney general.”

Andrew Cuomo said he would ask a prosecutor to investigate the allegations.

One of the accusers, Michelle Manning Barish tweeted after the allegations were published: “After the most difficult month of my life – I spoke up.

“For my daughter and for all women. I could not remain silent and encourage other women to be brave for me.”

Jennifer Cunningham, Eric Schneiderman’s ex-wife, released a statement on May 7 saying: “I’ve known Eric for nearly 35 years as a husband, father, and friend… I find it impossible to believe these allegations are true.”

Last month, The New Yorker won a joint Pulitzer Prize with The New York Times for its reporting on harassment in Hollywood.

The reports brought down Hollywood producer Harvey Weinstein, who has denied dozens of misconduct allegations.