Ten people have been killed and other 15 injured after driver of a rented van ploughed into pedestrians in northern Toronto on April 23.

He was not previously known to authorities, police said.

According to officials, the incident appeared to be deliberate but the motive was not clear.

Meanwhile, an officer has been praised for not opening fire during a tense standoff with the suspect, who claimed to be armed.

Video broadcast on CBC News showed a man pointing what appeared to be a gun at officers and shouting “kill me”.

The officer tells the man to “get down” and when the suspect says he has a gun, the officer repeats: “I don’t care. Get down.”

The suspect was then arrested without shots being fired.

Canadian police said the white rental van mounted the kerb on Yonge Street between Finch Avenue and Sheppard Avenue at about 13:30 local time on April 23 and drove into pedestrians along a 1.24 mile stretch. 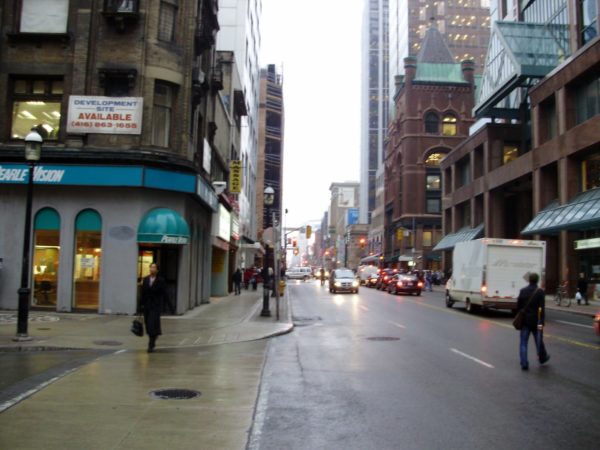 Muenster Attack: Three Killed and 30 Injured as Van Is Driven Into Pedestrians

Pictures from the scene showed bodies covered in orange sheets along the van’s route. Debris and items of clothing were scattered across the pavements and road.

The van was brought to a halt by police several streets away and was quickly surrounded.

The suspect was arrested 26 minutes after the first emergency call was made to the police.

Police said Alek Minassian was from the northern Toronto suburb of Richmond Hill and was not previously known to authorities.

Public safety minister Ralph Goodale said there “would appear to be no national security connections” and Canadian broadcaster CBC cited government officials as saying he was not associated with any known terror groups.

Van rental company Ryder System Inc confirmed that one of its vehicles was involved and said it was co-operating with authorities.

The incident happened while foreign ministers of the G7 leading industrialized nations – Canada, the US, Britain, France, Germany, Italy and Japan – were holding talks in Toronto.