On his 54th birthday, Russell Crowe has held his “Art of Divorce” auction – a sort of parting of the wares – in Sydney.

The actor separated from Danielle Spencer in 2012 and today it would have been his 15th wedding anniversary.

Russell Crowe’s torso armor from Gladiator smashed expectations, making A$125,000 ($95,000) and his Master and Commander violin sold well too.

There was also fierce competition for the actor’s Cinderella Man jockstrap. 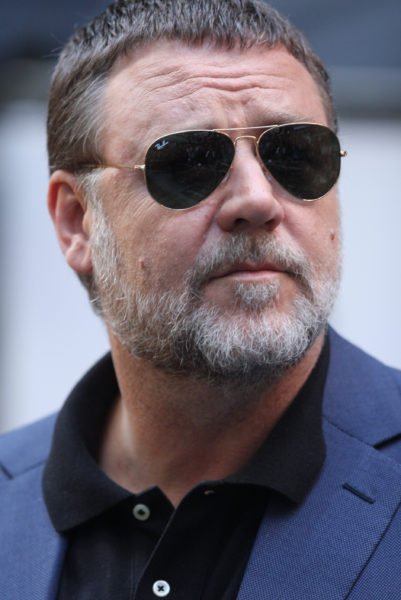 However, there was also some top-notch Australian art on show from artists such as Sidney Nolan and Margaret Olley. A piece called The Suitor by Charles Blackman fetched A$360,000.

That far outstripped the A$135,000 paid for the Leandro Bislach violin played by Crowe’s character in Master and Commander: The Far Side of the World. The uniform he wore in the film fetched A$135,000.

The Gladiator replica chariot went for A$65,000, nearly seven times above estimate, but the neo-Nazi boots from Romper Stomper went on estimate at A$10,000.

Russell Crowe appeared at the sale, hearing a rendition of Happy Birthday and three cheers, and saying: “G’day folks, how’re you doing?”

The New Zealand-born actor had earlier said the sale was all about moving on – a “watershed moment”.

Among the 227 lots of “stuff” (as Russell Crowe calls it) on sale were: a scarf and a pair of old shoes from State of Play; numerous guitars he’s collected (his band 30 Odd Foot of Grunts never won much critical acclaim); a Merc used on his wedding day in 2003; a Shane Warne Test cricket jersey; the cloth angel doll from The Sum of Us; the leather sketchbook from 3:10 to Yuma; chain mail and other clothing from Robin Hood and a Javert costume from Les Miserables.