Hundreds of thousands of March For Our Lives protesters have taken to the streets across the US to call for tighter gun control.

The movement arose after 17 deaths in a school shooting in Parkland, Florida, on February 14.

After listing the names of the victims, Emma Gonzalez stayed silent on stage for six minutes, 20 seconds – the time it took for them to be killed.

Over eight hundred protests were planned nationwide and abroad, with solidarity events taking place in the UK, Switzerland, Australia and Japan.

As events began to draw to a close on the US east coast, they continued on the west, including a major demonstration in Los Angeles. 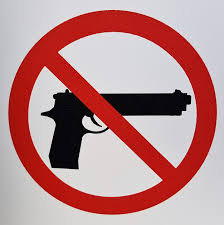 Huge crowds – including a high proportion of young people and children – gathered along Pennsylvania Avenue, with placards reading “Protect kids not guns” and “Am I next?”.

Miley Cyrus, Ariana Grande and Lin-Manuel Miranda, the man behind hit musical Hamilton, performed on a stage erected in front of the US Capitol building.

The music was interspersed with speeches from impassioned youth leaders.

The last month’s massacre at Marjory Stoneman Douglas High School in Parkland was one of a long line of school shootings in the US but the worst since Sandy Hook in 2012, when 26 people were killed.

Campaigning by Parkland students gained widespread support, with Emma Gonzalez one of the most outspoken figures, gaining more than a million Twitter followers in a matter of weeks.