According to US officials, VP Mike Pence was due to meet North Korean officials at the Winter Olympics last week, but the North Koreans canceled the meeting at the last moment.

VP Mike Pence was in South Korea for the opening of the PyeongChang Winter Olympics.

A spokesman said the vice-president was scheduled to meet North Korean leader Kim Jong-un’s sister, Kim Yo-jong, among others.

It would have been the first official interaction between North Korea and the Trump administration.

North Korea has made no comment on the reports.

State Department spokeswoman Heather Nauert said when the “possibility arose” of a brief meeting with the North Korean delegation, Mike Pence “was ready to take this opportunity to drive home the necessity of North Korea abandoning its illicit ballistic missile and nuclear programs”.

Heather Nauert said in a statement: “At the last minute, DPRK [Democratic People’s Republic of Korea] officials decided not to go forward with the meeting. We regret their failure to seize this opportunity.”

North Korea’s attendance at the Winter Olympics was seen as a major thaw in consistently tense relations on the Korean peninsula.

Mike Pence was criticized by some for not engaging diplomatically with the North Koreans while in South Korea.

He sat feet away from Kim Yo-jong – who is accused of human rights violations – at the Games but did not interact with her, saying: “I didn’t believe it was proper for the United States of America to give her any attention in that forum.” 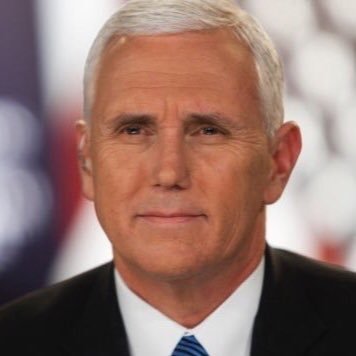 Mike Pence’s chief of staff, Nick Ayers, said North Korea had “dangled a meeting in hopes of the vice president softening his message, which would have ceded the world stage for their propaganda during the Olympics”.

“This administration will stand in the way of Kim’s desire to whitewash their murderous regime with nice photo ops at the Olympics. Perhaps that’s why they walked away from a meeting or perhaps they were never sincere about sitting down,” Nick Ayers said.

On leaving the Games, Mike Pence said the US and its allies remained firmly aligned on North Korea

“There is no daylight between the United States, the Republic of Korea and Japan on the need to continue to isolate North Korea economically and diplomatically until they abandon their nuclear and ballistic missile program.”

However, South Korea’s President Moon Jae-in has said he is considering accepting an invitation to visit Kim Jong-un in North Korea.