Home Opinion Getting to Know Your Ammunition 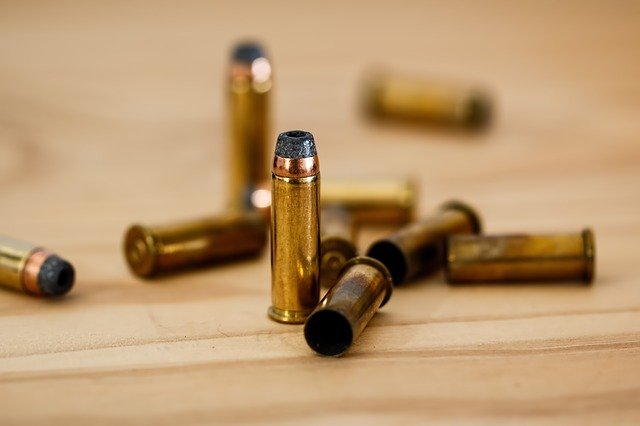 If you’re new to guns, there’s plenty to learn. Knowing what to put in your gun is a big part of being a responsible gun owner. Bullets can seem intimidating, especially when they’re piled up in front of you. Ammo boxes are often covered in a myriad of numbers, and if you’re not sure what you’re looking for, it’s easy to make the wrong choice.

Before you learn how to shoot, you need to learn about the types of ammunition that can be loaded into your gun. Keep reading to learn a little more about what kind of ammunition is available to you and what’s the most appropriate for you to use.

Know Your Gun’s Caliber and/or Size

The best case scenario when buying the wrong ammo is that it won’t fit in your gun. Worst case scenarios involve combustion and serious injuries. You do not want that.

The most common rifle and pistol caliber is the faithful .22 Long Rifle (LR). The .22 LR is ideal for beginners, target practice, and getting rid of small pests like squirrels, snakes, and rabbits. Not to be confused with the .22 Winchester Magnum Rimfire round, the .22 LR is the most common ammunition in the world.

A full metal jacket (FMJ) round is a standard bullet entirely encased in an outer shell. FMJ rounds are an excellent choice for target practice, due to its inexpensive prices, availability in bulk quantities, and a low chance of jamming a gun. Due to the fact that FMJ rounds are likely to penetrate a target and go through it, the FMJ is less likely to create a fatal wound and much more likely to damage things behind the target—making it a poor choice for defensive shooting.

For example, imagine there’s a burglar in your house and he is standing between you and your children. Luckily, you have a gun, but unluckily, it’s loaded with full metal jacket rounds. You do not want to shoot him using a FMJ bullet, as it may go through him and potentially hit your children as well. That’s every parent’s worst nightmare.

The hollow point is a bullet with a hollowed tip designed to expand upon impact of the target. Expanding allows the hollow point to decrease the level of penetration, cause more damage, and maximize stopping power. Hollow point rounds are much more expensive and harder to find in bricks or buckets—but they are ideal for guns being used for defensive or hunting purposes as hollow points can hit the target without penetrating them.

Knowing everything about ammunition can be a long and tedious process, especially with the fact that there are different types in the market today and even more are being developed by manufacturers around the world. The ammunition you choose isn’t just about the caliber, and there are a myriad of details you can absorb as your gun knowledge grows. Ammunition is an essential part of gun ownership, so read the boxes before you buy, and research anything you don’t understand.

Always be aware of the type of bullet that’s in your gun. If you aren’t familiar with it, it’s best to use a different round that you already know. But don’t let that stop you from exploring other kinds of ammo. Go to your range today and practice shooting new bullets.