Former US Army Sergeant Charles Jenkins, who defected to North Korea and became Pyongyang’s prisoner for nearly 40 years, has died at the age of 77.

Charles Jenkins lived in Japan where he had settled with his family after his 2004 release.

He was among four US soldiers who defected in the 1960s and later became North Korean film stars, but was the only one who was released.

The other three soldiers reportedly died in North Korea, including James Dresnok who was said to have died of a stroke in 2016.

Charles Jenkins died on Sado island on December 11, where he was living with his wife Hitomi Soga, also a former prisoner of North Korea.

According to Japanese media, Charles Jenkins collapsed outside his home and later died of heart problems in hospital. His wife said in a statement that she was “very surprised” by his death and “cannot think of anything”, according to AFP.

Charles Jenkins had led an extraordinary but also difficult life in North Korea, which he would later chronicle in a memoir and several interviews.

In 1965, while stationed with the US Army in South Korea by the Demilitarized Zone (DMZ), Charles Jenkins decided to abandon his unit and defect to North Korea, fearing he would be killed in patrols or sent to fight in the Vietnam War.

He said he thought that once in North Korea, he could seek asylum with the Russian embassy, and eventually return to the US in a prisoner swap. 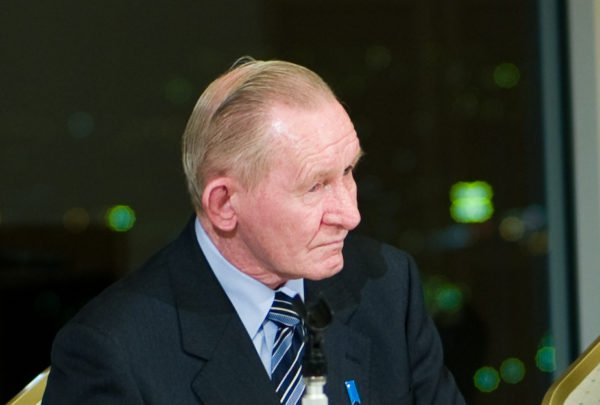 One January night, Charles Jenkins said he downed several beers, walked across the DMZ, and surrendered to North Korean soldiers there. He was only 24 years old.

However, Russia did not grant him or the other Americans asylum. Instead, they were held as prisoners by the North Koreans.

In a 2005 interview with CBS, Charles Jenkins said: “Thinking back now, I was a fool. If there’s a God in the heaven, he carried me through it.”

The men were forced to study the teachings of then-leader Kim Il-sung; did translation work; and taught English. However, they also became minor celebrities when they acted in North Korean propaganda films, starring as Western villains.

Charles Jenkins said his captors often beat him, and conducted medical procedures on him that were sometimes unnecessary or brutal, including cutting off a US Army tattoo without anesthesia, an experience which Charles Jenkins had described as “hell”.

In 1980, he was forced to marry a Japanese woman abducted to teach North Korean spies her language.

The couple had two daughters, Mika and Brinda. Charles Jenkins said that as foreign prisoners, they were treated better than ordinary North Koreans and given rations, even during the famine that swept North Korea in the 1990s.

In 2002, his wife was freed after negotiations by the Japanese government. Pyongyang then allowed Charles Jenkins to leave two years later, along with their daughters.

The family reunited under intense scrutiny from the press in Japan, where there was widespread sympathy.

In Japan, Charles Jenkins surrendered to the US Army, almost four decades after he had defected, and was court-martialled.

He was eventually given a 30-day prison sentence, and a dishonorable discharge.

The family settled in Sado island Charles Jenkins eventually found work as a greeter in a tourist park.

However, he had to cope with the culture shock of adapting to the modern world, after spending so many years in an isolated country.

He claimed he had never touched a computer, let alone used the internet, and was surprised to see many women serving in the army as well as black people working as policemen, according to CBS.

Charles Jenkins also suffered from lingering complications from medical procedures he received in North Korea and had to be hospitalized after his release, he told the Los Angeles Times in one of his last media interviews published in August.

Even while living in freedom, Charles Jenkins still remained afraid of his former captors, and was constantly worried that he or his family would eventually be assassinated.